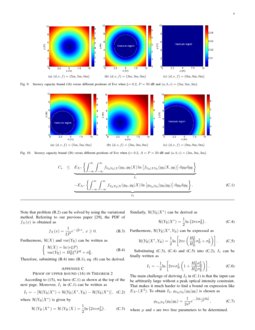 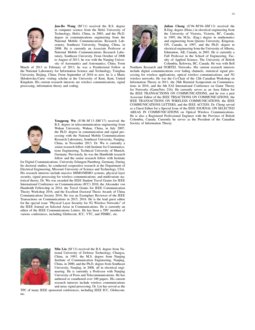 With the widespread use of light-emitting diodes (LEDs) for commercial lighting applications, visible light communication (VLC) has attracted increasing attention in recent years. Due to the combination of communication and illumination, VLC is regarded as one of the most important wireless communication technologies for future indoor access [1].

In the last decade, the point-to-point (P2P) VLC has achieved rapid development in many fields, especially in channel modelling [2], modulation [3], coding [4], equalization [5]

[6], indoor positioning [7], channel capacity analysis [8, 9, 10, 11] and transceiver design [12]. At present, the research focus of VLC is being changed from P2P communications to network aspects. In VLC networks, data privacy is becoming a main concern for users. Although it is propagated via the line-of-sight path, the VLC signal is broadcasted to all users illuminated by the LEDs. Such a broadcast feature provides convenience for data transmission, but it also offers an opportunity for unintended users to eavesdrop the information, which imposes a security risk to legitimate users. Therefore, information security becomes an urgent issue to be addressed. Traditional security schemes are performed at upper-layers of the network stack by using access control, password protection and end-to-end encryption [13]. The safety of traditional security schemes is built on the limited storage capacity and computational power of the eavesdroppers. Recently, physical-layer (PHY) security, which exploits the channel characteristics to hide information from eavesdroppers and does not rely on the upper-layer encryption, has been proposed as an efficient supplement to traditional security schemes.

by using the ordered eigenvalues of Wishart matrices. The authors in

, the secrecy outage probability (SOP) was analyzed for a hybrid VLC-RFWC system with energy harvesting. In

In this paper, the secrecy capacity for an indoor VLC system with a transmitter, a legitimate receiver, and an eavesdropper is investigated. The main contributions are summarized as follows:

stands for a Gaussian distribution with zero mean and variance

X. We use H(⋅) for the entropy, D(⋅∥⋅) for the relative entropy, and I(⋅;⋅) for the mutual information. We use ln(⋅) for the natural logarithm and Q(⋅) for the Gaussian Q-function.

As shown in Fig. 1, we consider an indoor VLC network consisting of a transmitter (i.e., Alice), a legitimate receiver (i.e., Bob), and an eavesdropper (i.e., Eve). Alice is deployed on the ceiling, while Bob and Eve are placed on the floor. When Alice transmits data bits to Bob, Eve as a passive eavesdropper can also receive the signals intended for Bob. In the network, Alice is equipped with a single LED to transmit optical intensity signals, while Bob and Eve are equipped with one photodiode (PD) individually to perform the optical-to-electrical conversions. The received signals at Bob and Eve can be expressed, respectively, as

Because the intensity modulation and direct detection is employed for VLC, X is restricted to be nonnegative such that

where A is the peak optical intensity of the LED.

In indoor VLC, the channel gain Hk (k=BorE) can be expressed as [30]

where m is the order of the Lambertian emission; Ar is the physical area of the PD; Ts and g are the optical filter gain and the concentrator gain of the PD. Ψ is the field of view (FOV) of the PD; Dk, φk and ψk are respectively the distance, the irradiance angle and the incidence angle from Alice to Bob (k=B) or Eve (k=E), as shown in Fig. 2. Obviously, when the positions of Alice, Bob and Eve are fixed, the channel gains HB and HE are constants.

See Appendix A and Appendix B.

When √eHB>HE, it is obvious that the lower bound (8) is a monotonically increasing function with respect to the dimming target ξ. In this case, the performance of (8) can be improved by increasing the value of ξ. Moreover, it is challenging to analyze the monotonicity of the lower bound (7) with respect to ξ, which will be given by using a numerical method in Section V.

According to the non-negativity property of the relative entropy, we have

Note that selecting any gYB|YE(yB|yE) will result in an upper bound of I(X;YB|YE). Therefore, we have

Note that, to achieve the secrecy capacity, there exists a unique input PDF fX∗(x) that maximizes I(X;YB|YE) subject to the constraints in (6). Therefore, we have

where X∗ denotes the optimal input, and its corresponding PDF is fX∗(x).

In indoor VLC environment, typical illumination requirement leads to a large transmit optical intensity, which can offer a high SNR at the receiver [35]. Therefore, we are more interested in the behavior of the VLC system in the high SNR regime. By analyzing Theorem 1 and Theorem 2, the asymptotic behavior of the secrecy capacity bounds at high SNR is derived in the following corollary.

For the channel in (1) with constraints (2) and (4), the asymptotic behavior of the secrecy capacity bounds at high SNR is given by

In this section, the bounds of the secrecy capacity and their asymptotic behaviors for this case will be derived.

Let α=ξP/A denote the average to peak optical intensity ratio (APOIR). Two lower bounds on the secrecy capacity can be derived by analyzing (18), and these lower bounds are shown in the following theorem.