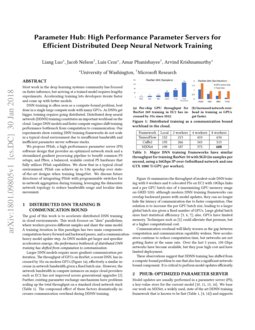 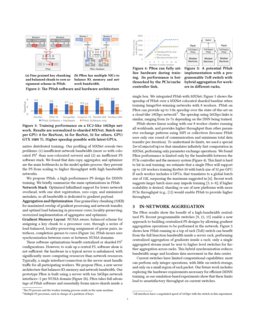 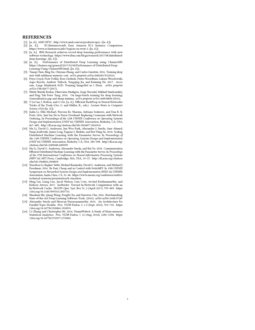 The goal of this work is to accelerate distributed DNN training in cloud environments. This work focuses on “data” parallelism, where workers process different samples and share the same model. A training iteration in this paradigm has two main components: computation-heavy forward and backward passes, and a communication-heavy model update step. As DNN models get larger and speedier accelerators emerge, the performance bottleneck of distributed DNN training has shifted from computation to communication.

Larger DNN models require more gradient communication per iteration. The throughput of GPUs on ResNet, a recent DNN, has increased by 35x on modern GPUs (Figure 0(a)), effectively a similar increase in network bandwidth given a fixed batch size. However, the network bandwidth in compute instances on major cloud providers such as EC2 has not improved across generational upgrades (ec2, [n. d.]). Further, existing parameter exchange mechanisms have problems scaling up the total throughput on a standard cloud network stack (Table 1). The compound effect of these factors dramatically increases communication overhead during DDNN training.

Figure 0(b) summarizes the throughput of modest-scale DNN training with 8 workers and 8 colocated PSs on EC2 with 10Gbps links and a per GPU batch size of 4 (maximizing GPU memory usage on GRID 520): although modern DNN training frameworks can overlap backward passes with model updates, they can no longer hide the latency of communication due to faster computation. One solution is to increase the per GPU batch size, leading to a larger global batch size given a fixed number of GPUs. Large global batch sizes hurt statistical efficiency (Goyal et al., 2017; IBM, [n. d.]; Keskar et al., 2016); also, GPUs have limited memory. Techniques such as (Chen et al., 2016) could alleviate that pressure, but at a higher computational cost.

Communication overhead will likely worsen as the gap between computation and communication capability widens. New accelerators continue to reduce computation time, but networks are not getting faster at the same rate. Over the last 5 years, 100 Gbps networks have become available, but they pose high cost and have limited deployment.

These observations suggest that DDNN training has shifted from a compute-bound problem to one that also has a significant network-bound component. It is critical to perform model updates efficiently.

Model updates are usually performed in a parameter server (PS), a key-value store for the current model  (Smola and Narayanamurthy, 2010; Li et al., 2014a; Li et al., 2014b; Zhang and Ré, 2014). We base our work on MXNet, a widely used, state of the art DDNN training framework that is known to be fast (Table 1, (Cha, [n. d.]; Shi et al., 2016)) and supports native distributed training. Our profiling of MXNet reveals two problems: (1) insufficient network bandwidth (more so with colocated PS111The PS process and the worker training process reside in the same machine. than non-colocated servers) and (2) an inefficient PS software stack. We found that data copy, aggregator, and optimizer are the main bottlenecks in the model update process: they prevent the PS from scaling to higher throughput with high bandwidth networks.

We propose PHub, a high performance PS design for DDNN training. We briefly summarize the main optimizations in PHub.

Network Stack  Optimized InfiniBand support for lower network overhead, with one shot registration, zero copy, and minimized metadata, so all bandwidth is dedicated to gradient payload.

Gradient Memory Layout  NUMA aware, balanced scheme for assigning a key chunk to a processor core, through a series of load-balanced, locality-preserving assignment of queue pairs, interfaces, completion queues to cores (Figure 1(a)). PHub incurs zero synchronization between cores or between NUMA domains.

These software optimizations benefit centralized or sharded PS222Multiple PS processes, each in charge of a partition of keys. configurations. However, to scale up a central PS, software alone is not sufficient: the hardware in a typical server is unbalanced, with significantly more computing resources than network resources. Typically, a single interface/connection in the server must handle traffic for all participating workers. We propose PBox, a new server architecture that balances IO, memory and network bandwidth. Our prototype PBox is built using a server with ten 56Gbps network interfaces—5 per NUMA domain (Figure 1(b)). PBox takes full advantage of PHub software and essentially forms micro-shards inside a single box. We integrated PHub with MXNet; Figure 3 shows the speedup of PHub over a MXNet colocated sharded baseline when training ImageNet-winning networks with 8 workers. PHub on PBox can provide up to 3.8x speedup over the state-of-the-art on a cloud-like 10Gbps network333All interfaces have a negotiated speed of 10Gbps with the switch in this experiment.. The speedup using 56Gbps links is similar, ranging from 2x-7x depending on the DNN being trained.

PHub shows linear scaling with our 8 worker cluster running all workloads, and provides higher throughput than other parameter exchange patterns using MPI or collectives (because PHub uses only one round of communication and minimum total data transfer per iteration). To understand its limits, we used a special ZeroComputeEngine that simulates infinitely fast computation in MXNet, performing only parameter exchange operations. We found PBox performance is limited only by the bandwidth between the PCIe controller and the memory system (Figure 5

). This limit is hard to hit in real training: we estimate that a single PBox will support up to 120 workers training ResNet-50 with batch size of 32 per GPU. If each worker includes 4 GPUs, that translates to a global batch size of 15K, surpassing the maximum suggested in

The PBox results show the benefit of a high-bandwidth centralized PS. Recent programmable switches (Liu et al., 2017; Li et al., 2016b; Li et al., 2016a) enable a new approach to building centralized PS designs by allowing gradient aggregation operations to be performed in the network. Figure 5 shows how PHub running in a top of rack (ToR) switch can benefit from the full bisection bandwidth inside a server rack, performing centralized aggregation of gradients inside a rack; only a single aggregated stream must be sent to higher level switches for further aggregation across racks. This hybrid synchronization reduces bandwidth usage and localizes data movement in the data center.

Current switches have limited computational capabilities: most can perform only integer operations, with little on-switch storage, and only on a small region of each packet. Our future work includes exploring the hardware requirements necessary for efficient DDNN training, as our emulation-based experiments show that these limits lead to unsatisfactory throughput on current switches.