On the Unity of Logic: a Sequential, Unpolarized Approach

The present work aims to give a unity of logic via standard sequential, unpolarized games. Specifically, our vision is that there must be mathematically precise concepts of linear refinement and intuitionistic restriction of logic such that the linear refinement of classical logic (CL) coincides with (classical) linear logic (LL), and its intuitionistic restriction with the linear refinement of intuitionistic logic (IL) into intuitionistic LL (ILL). However, LL is, in contradiction to the name, cannot be the linear refinement of CL at least from the game-semantic point of view due to its concurrency and polarization. In fact, existing game semantics of LL employs concurrency, which is rather exotic to game semantics of ILL, IL or CL. Also, linear negation in LL is never true in (game semantics of) ILL, IL or CL. In search for the truly linear refinement of CL, we carve out (a sequent calculus of) linear logic negative (LL^-) from (the two-sided sequent calculus of) LL, and introducing a new distribution axiom ! ? A ? ! A (for a translation of sequents ΔΓ for CL into the sequents ! Δ ? Γ for LL^-). We then give a categorical semantics of LL^-, for which we introduce why not monad ?, dual to the well-known of course comonad !, giving a categorical translation Δ→Γ = ? (ΔΓ) ! Δ ? Γ of CL into LL^-, which is the Kleisli extension of the standard translation Δ→Γ = ! ΔΓ of IL into ILL. Moreover, we instantiate the categorical semantics by fully complete (sequential, unpolarized) game semantics of LL^- (without atoms), for which we introduce linearity of strategies. 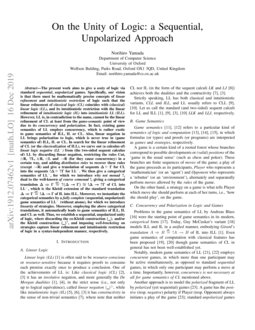 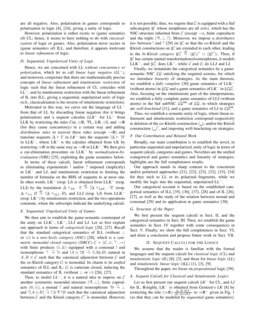 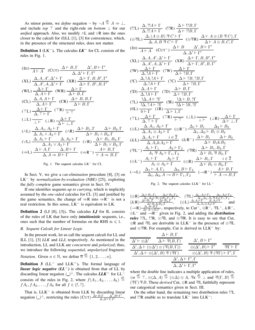 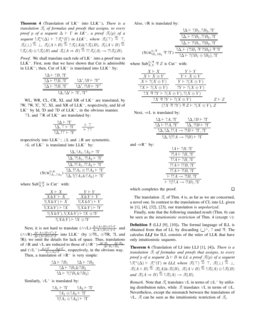