Assignment of one of the two possible directions to every edge of an undirected graph G=(V,E) is called an orientation of G. The resulting directed graph is denoted by G. A strong orientation is one in which every vertex is reachable from every other vertex via a directed path. The diameter of G, i.e., the maximum distance from one vertex to another, depends on the particular orientation. The minimum diameter among all possible orientations is called the oriented diameter diam(G) of G. Let n,k be two integers with 1 ≤ k < n. In the realm of interconnection networks of processing elements, an (n,k)-star graph S_n,k offers a topology that circumvents the lack of scalability of n-star graphs S_n. In this paper, we present a strong orientation for S_n,k that combines approaches suggested by Cheng and Lipman [Journal of Interconnection Networks (2002)] for S_n,k with the one proposed by Fujita [The First International Symposium on Computing and Networking (CANDAR 2013)] for S_n. Next, we propose a distributed routing algorithm for S_n,k inspired by an algorithm proposed by Kumar, Rajendraprasad and Sudeep [Discrete Applied Mathematics (2021)] for S_n. With the aid of both the orientation scheme and the routing algorithm, we show that diam(S_n,k) ≤⌊n+k/2⌋ + 2k + 6 - δ(n,k) where δ(n,k) is a non-negative function. The function δ(n,k) takes on values 2k-n, 0, and ⌊n-3k/2⌋ respectively for three disjoint intervals k>n/2, n/3 < k ≤n/2 and k≤n/3. For every value of n, k, our upper bound performs better than all known bounds in literature. 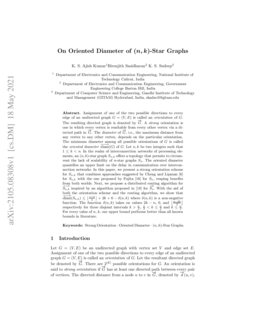 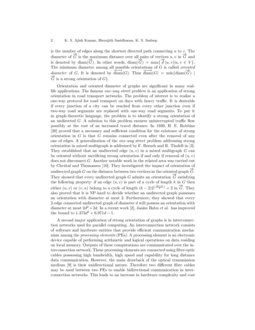 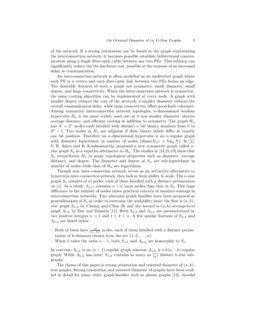 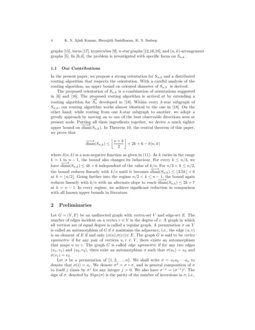 An orientation of an undirected graph G is an assignment of exactly one...
K. S. Ajish Kumar, et al. ∙

An Improvement to Chvátal and Thomassen's Upper Bound for Oriented Diameter

An orientation of an undirected graph G is an assignment of exactly one ...
Jasine Babu, et al. ∙

Distances in and Layering of a DAG

The diameter, vertex eccentricities, and the radius of a graph are some ...
Keerti Choudhary, et al. ∙

We show, assuming the Strong Exponential Time Hypothesis, that for every...
Édouard Bonnet, et al. ∙

On the Broadcast Routing Problem

Duality pairs and homomorphisms to oriented and un-oriented cycles

In the homomorphism order of digraphs, a duality pair is an ordered pair...
Santiago Guzmán-Pro, et al. ∙