On Cayley graphs of algebraic structures 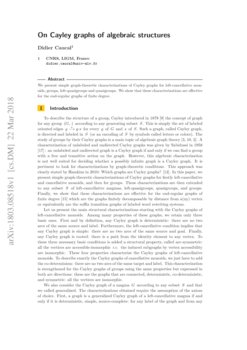 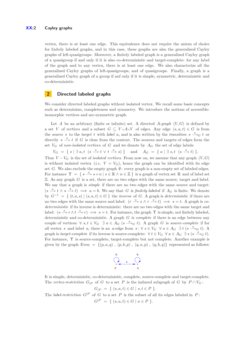 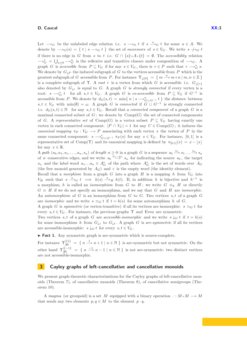 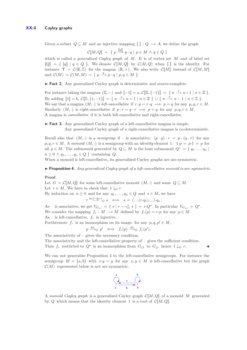 To describe the structure of a group, Cayley introduced in 1878 [9] the concept of graph for any group  (G,⋅)  according to any generating subset  S. This is simply the set of labeled oriented edges  g s\small⟶ g⋅s  for every  g  of  G  and  s  of  S. Such a graph, called Cayley graph, is directed and labeled in  S  (or an encoding of  S  by symbols called letters or colors). The study of groups by their Cayley graphs is a main topic of algebraic graph theory [3, 10, 2]. A characterization of unlabeled and undirected Cayley graphs was given by Sabidussi in 1958 [17] : an unlabeled and undirected graph is a Cayley graph if and only if we can find a group with a free and transitive action on the graph. However, this algebraic characterization is not well suited for deciding whether a possibly infinite graph is a Cayley graph. It is pertinent to look for characterizations by graph-theoretic conditions. This approach was clearly stated by Hamkins in 2010: Which graphs are Cayley graphs? [12]. In this paper, we present simple graph-theoretic characterizations of Cayley graphs for firstly left-cancellative and cancellative monoids, and then for groups. These characterizations are then extended to any subset  S  of left-cancellative magmas, left-quasigroups, quasigroups, and groups. Finally, we show that these characterizations are effective for the end-regular graphs of finite degree [15] which are the graphs finitely decomposable by distance from a(ny) vertex or equivalently are the suffix transition graphs of labeled word rewriting systems.

We consider directed labeled graphs without isolated vertex. We recall some basic concepts such as determinism, completeness and symmetry. We introduce the notions of accessible-isomorphic vertices and arc-symmetric graph. 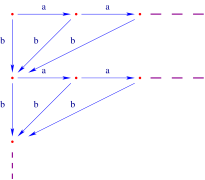 ⟹ :  By Theorem 3 and Fact 3. ⟸ :  By Proposition 3. ∎ The previous graph is not co-deterministic hence, by Theorem 3 or Fact 3, is not a Cayley graph of a cancellative monoid. On the other hand and according to Proposition 3, a quater-grid  G  of the following representation: 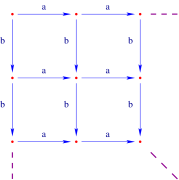