On Approximate Welfare- and Revenue-Maximizing Equilibria for Size-Interchangeable Bidders

In a Walrasian equilibrium (WE), all bidders are envy-free (EF), meaning that their allocation maximizes their utility; and the market clears (MC), meaning that the price of unallocated goods is zero. EF is desirable to ensure the long-term viability of the market. MC ensures that demand meets supply. Any allocation that is part of a WE is also welfare-maximizing; however, it need not be revenue-maximizing. Furthermore, WE need not exist, e.g., in markets where bidders have combinatorial valuations. The traditional approach to simultaneously addressing both existence and low revenue is to relax the MC condition and instead require the price of unallocated goods be some, positive reserve price. The resulting solution concept, known as Envy-Free Pricing (EFP), has been studied in some special cases, e.g., single-minded bidders. In this paper, we go one step further; we relax EF as well as MC. We propose a relaxation of the EF condition where only winners are envy-free, and further relax the MC condition so that unallocated goods are priced at least at the reserve. We call this new solution concept Restricted Envy-Free Pricing (REFP). We investigate what REFP entails for single-minded bidders, and show that for size-interchangeable bidders (a generalization of single-minded introduced in this paper) we can compute a REFP in polynomial time, given a fixed allocation. As in the study of EFP, we remain interested in maximizing seller revenue. Instead of computing an outcome that simultaneously yields an allocation and corresponding prices, one could first solve for an allocation that respects a reserve price, and then solve for a corresponding set of supporting prices, each one at least the reserve. This two-step process fails in the case of EFP since, given a fixed allocation, envy-free prices need not exist. However, restricted envy-free prices always exist... 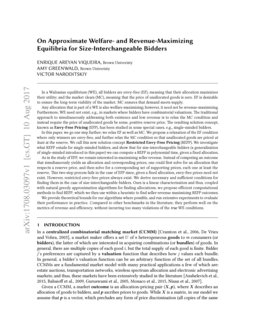 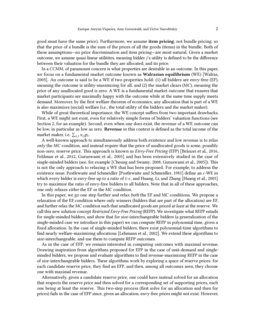 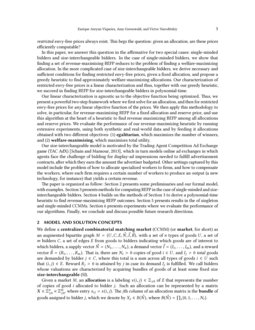 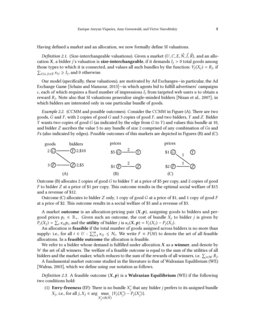