Recently, Barbu et al introduced a dataset called ObjectNet which includes objects in daily life situations. They showed a dramatic performance drop of the state of the art object recognition models on this dataset. Due to the importance and implications of their results regarding generalization ability of deep models, we take a second look at their findings. We highlight a major problem with their work which is applying object recognizers to the scenes containing multiple objects rather than isolated objects. The latter results in around 20-30 reported in the ObjectNet paper, we observe that around 10-15 performance loss can be recovered, without any test time data augmentation. In accordance with Barbu et al.'s conclusions, however, we also conclude that deep models suffer drastically on this dataset. Thus, we believe that ObjectNet remains a challenging dataset for testing the generalization power of models beyond datasets on which they have been trained. 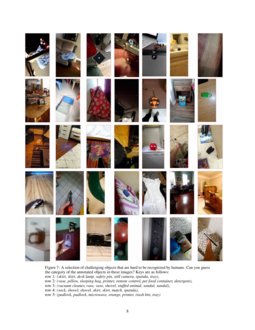 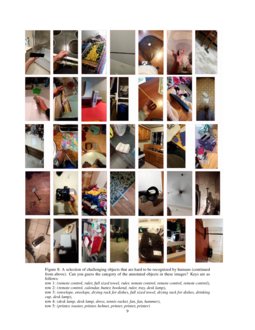 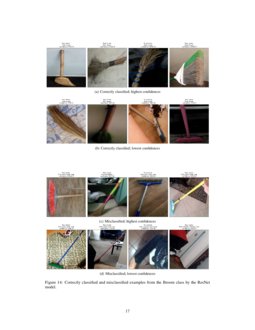 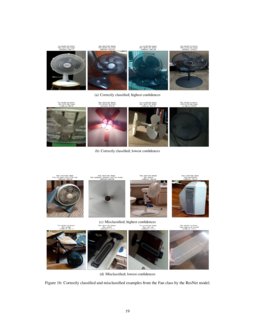 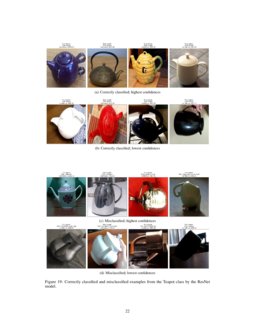 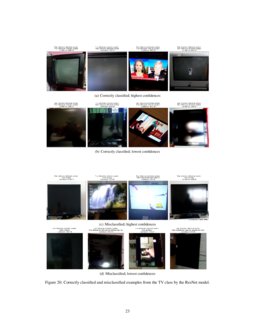 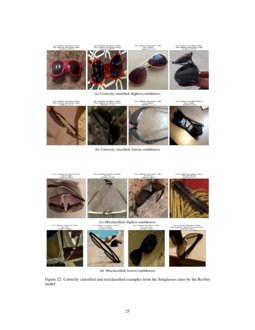 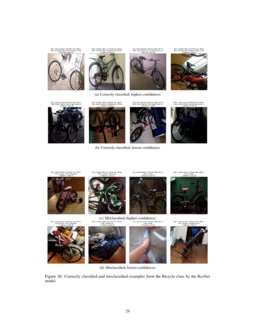 reanalysis of the ObjectNet paper and our annotations and code

Object recognition is arguably the most important problem at the heart of computer vision. Application of an already known convolutional neural network architecture (CNN) known as LeNet

, revolutionized not only computer vision but also several other areas including machine learning, natural language processing, time series prediction, etc. With the initial excitement gradually damping, researchers have started to study the shortcomings of deep learning models and question their generalization power. From prior research (

e.g.  Azulay and Weiss (2019); Recht et al. (2019); Goodfellow et al. (2014)), we already know that CNNs: a) often fail when applied to transformed versions of the same object. In other words, they are not invariant to transformations such as translation111CNNs are not invariant to translation but are equivariant to it., in-plane and in-depth rotation, scale, lighting, and occlusion, b) lack out of distribution generalization. Even after being exposed to so many different instances of the same object category they are not good at learning that concept. In stark contrast, humans are able to generalize only from few examples, and c) are sensitive to small image perturbations (i.e. adversarial examples Goodfellow et al. (2014)).

Several datasets have been proposed in the past to train and test deep models and to study their generalization ability (e.g. ImageNet Russakovsky et al. (2015), CIFAR Krizhevsky et al. (2009), NORB LeCun et al. (2004), iLab20M Borji et al. (2016)). In a recent effort, Barbu et al. introduced a dataset called ObjectNet which has less bias than other datasets222This dataset, however, has it own biases. It consists of indoor objects that are available to many people, are mobile, are not too large, too small, fragile or dangerous. and is supposed to be used solely as a test set333Unlike some benchmarks (e.g. ImageNet) that hide their test images, images in ObjectNet dataset will be publicly available. See http://objectnet.dev.. Objects in this dataset are pictured by Mechanical Turk workers using a mobile app in a variety of backgrounds, rotations, and imaging viewpoints. It contains 50,000 images from 313 categories, out of which 113 are in common with the ImageNet, and comes with a licence that disallows the researchers to finetune models on it. Barbu et al. find that the state of the art object detectors444They mean object recognizers! perform drastically lower than their corresponding performance on the ImageNet dataset (about 40-45% drop). Here, we revisit the Barbu et al.’s study and seek to answer how much performance of models drops on this dataset compared with their performance on ImageNet. Due to this, here we limit our analysis to the 113 overlapped categories.

Here, we first annotate the objects in the ObjectNet scenes and then apply a number of deep object recognition models to only object bounding boxes.

. We use the pytorch implementation of these models

555https://pytorch.org/docs/stable/torchvision/models.html. Notice that the code from the ObjectNet paper is still not available. Due to possible inconsistency in our code and the code in ObjectNet as well as different data processing methods, in addition to bounding boxes, we also run the models on the entire scenes. This allows us to study whether and how much performance varies across these two conditions.

The 113 categories of the ObjectNet dataset, overlapped with the ImageNet, contain 18,574 images in total. On this subset, the average number of images per category is 164.4 (min = 55, max = 284). Fig. 2 shows the distribution of number of images per category on this dataset. We drew666The annotation tools include: https://github.com/aliborji/objectAnnotation and https://github.com/tzutalin/labelImg. a bounding box around the object corresponding to the category label of each image. If there were multiple objects from that category we tried to included all of them in the bounding box (e.g. chairs around a table). Some example scenes and their corresponding bounding boxes are given in Fig. 1.

Fig. 3 shows an overlay of our results on the same figure from the ObjectNet paper. As it can be seen, applying models to boxes instead of the entire scene improves the performance about 10%, but sill much lower than the results over the ImageNet dataset. The gap, however, is narrower now.

Since the code of Barbu et al. (2019) is not available, we could not run the exact pipeline used by them on the bounding boxes. It is possible that they might have performed a different data normalization or test time data augmentation777Such as rotation, scale, color jittering, cropping, etc. to achieve better results. To remedy this, we also applied models to the whole image to study how much performance varies. Results are shown in Fig. 4. We find that:

Break down of performance over 113 categories for each of the 6 tested models is shown in Fig. 5 (over isolated objects) and Fig. 6 (over full image). Interestingly, in both cases, almost all models (except the GoogLeNet on isolated objects and the AlexNet on full image) perform the best over the safety pin category. Inspecting the images from this class, we found that they have a single safety pin often hold by a person. The same story is true about the banana class which is the second easy category using the bounding boxes. This object becomes much harder to recognize when using the full image (26.88% vs. 70.3% using boxes) which highlights the benefit of applying models to isolated objects rather than scenes.

Our investigation reveals that deep object recognition models perform significantly better when applied to isolated objects rather than scenes (around 20-30% increase in performance). The reason behind this is two fold. First, there is less variability in single objects compared to scenes containing those objects. Second, deep models used here have been trained on ImageNet images which are less cluttered compared to the ObjectNet images. We anticipate that training models from scratch on large scale datasets that contain isolated objects will likely result in even higher accuracy.

Assuming around 30% increase in performance (at best) over the Barbu et al.’s results using bounding boxes, still leaves a large gap of at least 15% between ImageNet and ObjectNet performances which means that ObjectNet is significantly much harder. It covers a wider range of variations than ImageNet including object instances, viewpoints, rotations, occlusions, etc which pushes the limits of object recognition in both humans and machines. Hence, despite its limitations and biases, ObjectNet is indeed a great resource to test models in realistic situations.

Throughout the annotation process of ObjectNet images, we came across the following observations:

We foresee at least four directions for future work in this area:

Here, we show the easiest and hardest objects for the ResNet-152 model over some categories.