In this article, an advanced differential quadrature (DQ) approach is proposed to obtain the numerical solutions of the two- and three-dimensional multi-term time-space-fractional diffusion equation (TSFDE) on general domains. The fractional derivatives in space are firstly discretized by deriving a new class of differential quadrature (DQ) formulas with radial basis functions (RBFs) being the trial functions. Then, the original problems are converted to a group of multi-term fractional ordinary differential equations (ODEs), which are further treated by a class of high-order difference schemes based on the weighted and shifted Lubich difference operators. The presented DQ method is high accurate and convergent on arbitrary domains. Finally, several numerical examples are carried out to illustrate its accuracy and effectiveness. 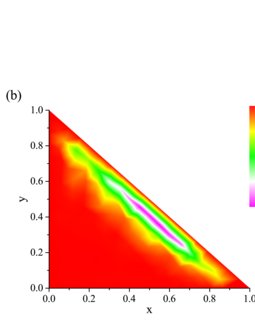 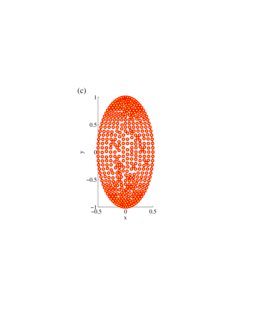 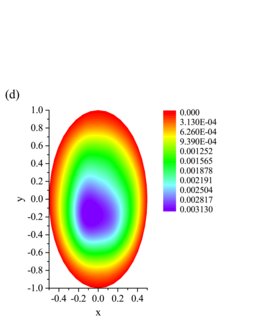 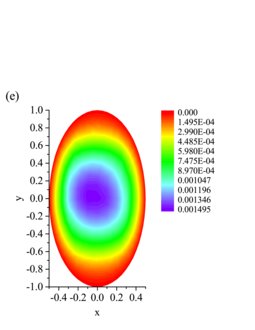 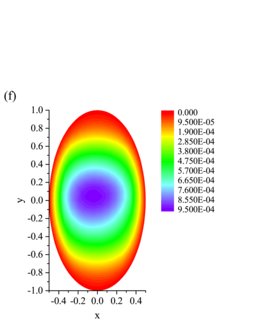 The aim of this paper is to solve numerically, using the meshless method...
A. Torres-Hernandez, et al. ∙

In this paper, we analyze the spectra of the preconditioned matrices ari...
Xin Huang, et al. ∙

In this paper, a modified Euler-Maruyama (EM) method is constructed for ...
Jingna Zhang, et al. ∙

During the last ten years, fractional calculus came into the focus of interest in academic circles as an important branch of mathematics. Due to its non-locality and self-similarity, it has been proven to be very adequate to describe the dynamics phenomena with long term memory memory and hereditary effects like the anomalous transport in complex heterogeneous aquifer Adams and Gelhar (1992). The application of fractional calculus has been very extensive recently, including biology, chemistry, physics, economics, and many other disciplines.

The fractional partial differential equations (PDEs) are the results of mathematical modelling based on fractional calculus, which provides a new powerful tool for the study of mathematical physics or even for the whole scientific research. Nevertheless, there raises a challenge to solve these type of equations and few of fractional PDEs can be solved by analytic techniques. As an result, numerical methods are clearly a priority for development. Until now, the numerical algorithms for the time-fractional PDEs is on the way to maturity after recent years’ development

DQ method is a kind of meshless methods which uses the weighted sum of functional values at sampling points along ordinate directions to discretize derivatives Bellman et al. (1975). Subsequently, this kind of method enjoys the advantages as high accuracy, truly mesh-free, and the adaptability to high-dimensional problems. Regarding this point, in this article, we showcase an efficient RBFs-based DQ method for the following multi-term TSFDE on general domains:

with the Gamma function Γ(⋅).

The outline is as follows. In Section 2, some preliminaries on fractional calculus and RBFs are introduced. In Section 3 the DQ approximation of fractional derivative is proposed based on RBFs. In Section 4, using the RBFs-based DQ formulas, we construct a fully discrete DQ method for the multi-term TSFDE on general domains and its algorithm is further studied in Section 5. In Section 6, some numerical tests are presented to confirm its convergence. In the last section, a brief summary is drawn.

We recall some basic preliminaries on fractional calculus and RBFs required for further discussions.

The two frequently-used fractional derivatives are equivalent with exactness to an additive factor:

where C is a constant and l>[α]+1 with [x] being the ceiling function, which outputs the smallest integer greater than or equal to x. Another point need to be noticed is that these properties are also true for the right-side fractional calculus. For more details, we refer the readers to Kilbas et al. (2006) for overview.

The RBFs provides an effective tool for the interpolation of scattered data in multi-dimensional domains. Since they only take the space distance as independent variable, as compared to the traditional basis function defined along coordinates, RBFs have the advantages of concise form, dimension-independent and isotropic properties. In particular, in the application of solving high-dimensional PDEs, the RBFs interpolation shows great flexibility. The numerical methods constructed by RBFs not only have the simplicity in the implementation, but also avoid the tedious mesh generation, and thereby reducing the pre-processing process of algorithms. If r=||x−xk||, then the commonly used RBFs are listed in Table 1.

Cheng (2012) Let an univariate function ψ(r)∈C∞[0,+∞) be such that ψ is completely monotonic, but not a constant. Suppose further that ψ(0)≥0. Then the interpolation matrix [A] of the basis function ψ(r2) is positive definite.

3 The DQ approximation of fractional derivative

In this section, we derive a new class of DQ formulas for fractional derivatives by RBFs as the trial functions. The DQ formula employs the linear sum of function values at discrete points to approximate partial derivatives with regard to an independent variable. Supposing u(x)∈Ck(Ω), k∈Z+, we have the following DQ formula Wu and Shu (2002):

where wmij, i,j=1,2,…,M, are weighted coefficients. By realizing the essence of DQ formula, we propose the following DQ approximations to the left-hand fractional derivaitves:

with {ϕk(x)}Mk=0 being the trial functions. The weighted coefficients are determined by reforming Eqs. (3.15) in matrix system in advance. Likewise, we can extend the above formulas to the right-side fractional derivatives with regard to the variables x, y and z.

The calculation of weighted coefficients comprise a major part of DQ methods. In what follows, we show how to use the aforementioned RBFs to determine these coefficients. It should be noted that for Reciprocal Multiquadrics, Inverse Quadratics and Gaussians, their interpolation matrices invertible. Therefore, ignoring the polynomial terms on the right-side of RBFs interpolation (2.10) and substitute ϕk(xi)=φk(xi) into Eq. (3.15), we obtain the weighted coefficients by solving the resulting algebraic systems for each nodal point xi. As for Multiquadrics, we prefer to

To make the problem be well posed, one more equation is required. From Eq. (2.11), it follows that μ1(t)=∑Mk=0λk(t), which further yields

By careful observation, we can consider ϕ1(x)=1, ϕi(x)=φk(x)−φ0(x), i=1,2,…,M, as the trial functions. Referring to the above discussion and CaDθx1=0, we obtain the algebraic system as follows

For each node xi, the values of unknown weighted coefficients are consequently computed by wα+i=M−1Ri.

We note that the DQ approximation (3.14) works because the fractional derivatives are linear operators. In other words, if u(x,t)≈∑Mk=0δk(t)ϕk(x),  x∈Ω, and the weighted coefficients fulfill Eqs. (3.15), then for ∂α+u(x,t)∂xα+, we realize

4 The description of RBFs-based DQ method

In this subsection, we introduce high-order schemes to discretize the fractional derivative in temporal direction. To this end, we define a time lattice tn=nτ, n=0,1,…,N, T=τN, N∈Z+, and review the relationship between Caputo and Riemann-Liouville derivatives:

where m−1<θ<m, m∈Z+. Using the property (2.9), we obtain a class of high-order schemes for Caputo derivaitve by applying the weighted and shifted Lubich difference operators Lθqu(x,tn)=1τθ∑nk=0ωq,θku(x,tn−k),  q=1,2,3,4,5, to discretize Riemann-Liouville derivatives on the right-side of Eq. (4.19), which reads

and their Fourier transforms belong to

L1(R) with regard to t, then the Lubich difference operators satisfy

Assume that u(x,t), RL0Dθtu(x,t) with θ>0 are smooth enough with regard to t, the we have

Applying the operator Aθq to the multi-term fractional derivative operator and set 0<θ<1, we finally obtain

In this subsection, we develop a fully discrete DQ scheme for the multi-term TSFDE, which utilizes the operator Aθq to treat the Caputo derivative in time and RBFs-based DQ approximations for the fractional derivatives in space. For the ease of expression, letting x=(x1,x2,…,xd), Ω⊂Rd, we put Eqs. (1.1)-(1.2) in the unified form:

Let {xi}Mi=0 be a set of nodes in Ω⊂Rd. Replacing the space-fractional derivatives by RBFs-based DQ formulas, we obtain the following multi-term fractional ODEs: