[Context] Micro-Frontends are increasing in popularity, being adopted by several large companies, such as DAZN, Ikea, Starbucks and may others. Micro-Frontends enable splitting of monolithic frontends into independent and smaller micro applications. However, many companies are still hesitant to adopt Micro-Frontends, due to the lack of knowledge concerning their benefits. Additionally, provided online documentation is often times perplexed and contradictory. [Objective] The goal of this work is to map the existing knowledge on Micro-Frontends, by understanding the motivations of companies when adopting such applications as well as possible benefits and issues. [Method] We conducted a Multivocal Literature Review, analyzing 42 sources , and classifying motivations, benefits and issues. [Results] The results show that existing architectural options to build web applications are cumbersome if the application and development team grows, and if multiple teams need to develop the same frontend application. The application of the Micro-Frontend, confirmed the expected benefits, and Micro-Frontends resulted to provide the same benefits as microservices on the back end side, combining the development team into a fully cross-functional development team that can scale processes when needed. However, Micro-Frontends also showed some issues, such as the increased payload size of the application, increased code duplication and coupling between teams, and monitoring complexity. [Conclusions] Micro-Frontends allow companies to scale development according to business needs in the same way microservices do with the back end side. In addition, ... 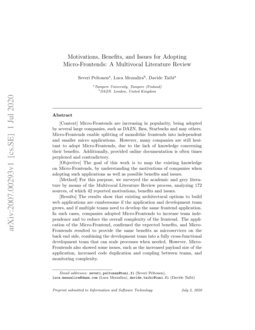 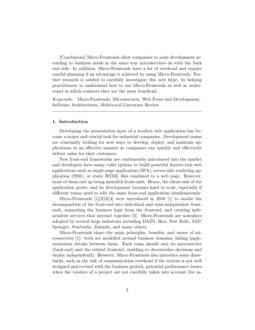 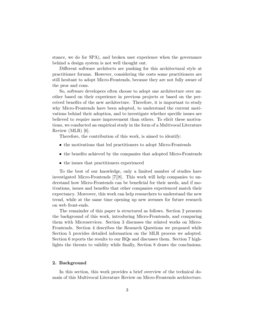 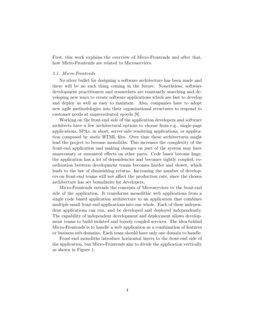