This paper introduces a new speech corpus called "LibriTTS" designed for text-to-speech use. It is derived from the original audio and text materials of the LibriSpeech corpus, which has been used for training and evaluating automatic speech recognition systems. The new corpus inherits desired properties of the LibriSpeech corpus while addressing a number of issues which make LibriSpeech less than ideal for text-to-speech work. The released corpus consists of 585 hours of speech data at 24kHz sampling rate from 2,456 speakers and the corresponding texts. Experimental results show that neural end-to-end TTS models trained from the LibriTTS corpus achieved above 4.0 in mean opinion scores in naturalness in five out of six evaluation speakers. The corpus is freely available for download from http://www.openslr.org/60/. 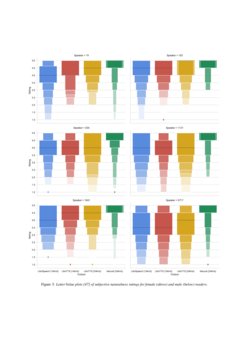 [1, 2, 3, 4]. With a sufficient amount of studio-quality recorded speech data from a single professional speaker, one can train a generative neural end-to-end TTS model capable of synthesizing speech in a reading style almost as natural as the training speaker [4, 5]. Thus, the focus of TTS research is shifting toward more challenging tasks, such as creating multi-speaker TTS systems [6, 7, 8], building neural end-to-end TTS systems from small amounts of data [9], utilizing a small amount of data for voice adaptation [10, 8, 11], investigating unsupervised prosody and speaking style modeling [12, 13], and building TTS voices from noisy found data [14, 13].

The LibriSpeech corpus [15] is derived from audiobooks that are part of the LibriVox project [16]. There are 982 hours of speech data from 2,484 speakers in this corpus. It is designed to be reasonably balanced in terms of gender and per-speaker duration. Furthermore, as it is released under a non-restrictive license, it can be used for both non-commercial and commercial purposes. Although this corpus was originally designed for automatic speech recognition (ASR) research, it has been used in various text-to-speech (TTS) research projects [8, 11, 7] thanks to its attractive properties, such as a non-restrictive license, a large amount of data, and wide speaker diversity.

However, it also has a number of undesired properties when considering its use for TTS . The properties which are addressed in this paper are as follows:

The rest of this paper is organized as follows. Section 2 summarizes existing corpora used for TTS research. Section 3 describes the data processing pipeline used to produce the LibriTTS corpus from the original materials. Section 4 presents overall statistics of the corpus. Section 5 shows the experimental results of building TTS models with this corpus. Concluding remarks are given in the final section.

The CMU ARCTIC corpus [19] has been used for many years in statistical parametric speech synthesis research [28]. However, it is too small to train neural end-to-end TTS models. The VCTK corpus [20] is popular for experimenting with multi-speaker TTS [6, 14, 29, 8, 11, 30, 31] as it contains studio quality speech data from multiple speakers. The Blizzard Challenge 2011 (BC2011) [22] corpora provides a relatively large amount of reading speech from a single professional speaker. It is distributed under a non-commercial license. The LJspeech [24], M-AILABS [26], and Blizzard Challenge 2013 (BC2013) [23] corpora include tens of hours of audio and text from audiobooks read by single speakers. The LJspeech and M-AILABS corpora are comprised of non-professional audiobooks from the LibriVox project [16] and distributed under a non-restrictive license, whereas the BC2013 is read by a professional speaker but distributed under a non-commercial license like BC2011. As they are audiobook recordings, they contain expressive lines and a wide range of prosodic variation. They are often used for building single-speaker TTS voices [12, 32, 33, 13, 34, 35].

We align the long-form audio recordings with the corresponding texts, and split them into sentence-level segments. We also need to exclude utterances with audio/text mismatches which can be caused by inaccuracies in the text, reader-introduced insertions, deletions, substitutions, and transpositions, disfluencies, and text normalization errors. This section describes the pipeline which we developed to produce the LibriTTS corpus.

The first step in the pipeline is to split the book-level text into paragraphs/sentences and perform text normalization.

3.3 Align the audio and text

The third step is to align the audio with the extracted text. This is done by the engine used for YouTube’s “auto-sync” feature. This feature allows video owners to upload a simple text transcript of the spoken content of a video as an alternative to automatically-created closed captions from ASR [39]. Auto-sync is also used to generate data for ASR acoustic model training [40]. Here we used a modified version of Auto-sync to generate the LibriTTS corpus. The uploaded transcript, containing no timing information, is force-aligned (“auto-sync’ed”) using standard ASR algorithms to generate start and end times of each word [41].

The final step is post-processing. We filter out possibly problematic lines based on heuristics found with other corpora and perform normalization.

After the post-processing step, pairs of audio and texts (original and normalized) are generated to form the final corpus. The next section describes the statistics of the generated corpus.

Table 2 provides a summary of all subsets in the LibriTTS corpus. The amount of yielded audio was significantly lower than that of the LibriSpeech corpus (about 60%). This is due to 1) stricter requirement in the alignment step (all words in a sentence must have confidence one) and 2) SNR-based filtering. Table 3 shows the numbers of sentences in the original partial text, filtered sentences, and the final output. It can be seen from the table that about 25% of sentences were filtered via the SNR threshold (20dB) for the “clean” subset. As the SNR threshold for the “other” subset is lower (0dB), the number of filtered sentences is less significant.

One side-effect of the more strict filtering applied in the LibriTTS data creation pipeline is the imbalance in terms of per-speaker duration. Figure 2 shows violin plots [44]

This section presents TTS experimental results using models trained from the LibriTTS corpus to give baselines.

were trained from the train-clean subsets of the LibriSpeech and LibriTTS corpora. The sizes of the latent attribute representation (size of latent vector) and the number of latent attribute classes (the number of mixture components in the Gaussian mixture prior) were 16 and 32, respectively. A speaker embedding table was used to give speaker identity conditioning. Each model was trained for at least 200k steps using the Adam optimizer

[45]. Character sequences with punctuation marks from normalized texts were used as inputs of the network. WaveRNN [46]-based neural vocoders at 16kHz and 24kHz sampling rates were trained from the audio in the train-clean subsets of the LibriSpeech and LibriTTS corpora, respectively. At synthesis time, first a latent attribute class of the Gaussian mixture prior was randomly selected. Second, a mean vector associated with the selected Gaussian prior was used as the latent attribute representation. Third, a sequence of log-mel spectrogram was predicted from the normalized input text and the latent attribute representation. Finally, a speech waveform was synthesized by driving the WaveRNN neural vocoder given the sequence of log-mel spectrogram. Please refer to [13] for details of the hyper-parameters.

Quantitative subjective evaluations relied on crowd-sourced mean opinion scores (MOS) rating the naturalness of the synthesized speech by native speakers using headphones. After listening to each stimulus, a subject was asked to rate the naturalness of the stimulus in a five-point Likert scale score (1: Bad, 2: Poor, 3: Fair, 4: Good, 5: Excellent) in increments of 0.5. Each sample was rated by a single rater. To evaluate the effect of sampling rate, we also down-sampled the synthesized speech samples from the LibriTTS model to 16kHz and included them as test stimulus.

It is interesting to note that subjective scores for male speakers were significantly lower than those for female speakers; the gaps between female and male were 0.48 and 0.26 for LibriTTS (24kHz) and LibriSpeech (16kHz), respectively. It indicates that the current model configuration is sub-optional for male speakers (e.g., filter-bank configuration, modeling dependency of time-domain signals by WaveRNN). Further experiments are required to fully understand the effect of these configurations.

This paper introduced the LibriTTS corpus, which was designed for TTS use. It was derived from the original audio and text materials of the LibriSpeech corpus, by automatically aligning audiobooks and their texts, segmenting them into utterances, and filtering noisy transcripts and audio recordings. The corpus consists of 585 hours of speech data at 24kHz sampling rate from 2,456 speakers and its corresponding texts. To our knowledge this is the largest TTS-specific corpus. We demonstrated that Tacotron models trained from this corpus produced naturally sounding speech. This corpus is released online for public use; it is freely available for download from http://www.openslr.org/60/. We hope that the release of this corpus accelerates TTS research.

Future work includes evaluating the impacts of speaker imbalance, preserving punctuation marks and capitalization, and the relationship between amount of training data and the naturalness of synthesized speech. We also plan to expand this corpus by adding more speakers and languages.

The authors would like to thank Hank Liao and Hagen Soltau for their helpful comments about YouTube’s auto-sync feature. We also thank Wei-Ning Hsu, Daisy Stanton, RJ Skerry-Ryan, Yuxuan Wang, and Markus Becker for helpful comments. We would like to express our gratitude to Guoguo Chen, Sanjeev Khudanpur, Vassil Panayotov, and Daniel Povey for releasing the LibriSpeech corpus, and to the thousands of Project Gutenberg and LibriVox volunteers.

Table 5 shows the total numbers of occurrences of characters in all ”train” subsets. It shows that the LibriTTS corpus has good coverage of characters including capitalization and punctuation.