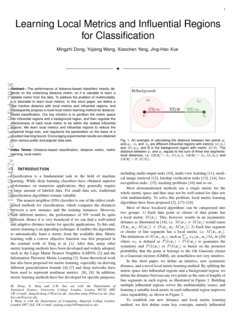 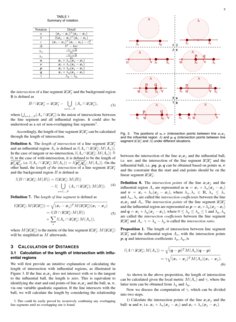 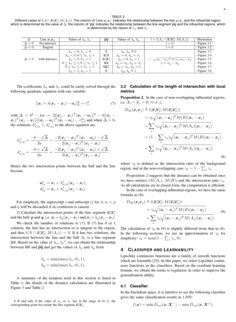 Classification is a fundamental task in the field of machine learning. While deep learning classifiers have obtained superior performance on numerous applications, they generally require a large amount of labeled data. For small data sets, traditional classification algorithms remain valuable.

The nearest neighbor (NN) classifier is one of the oldest established methods for classification, which compares the distances between a new instance and the training instances. However, with different metrics, the performance of NN would be quite different. Hence it is very beneficial if we can find a well-suited and adaptive distance metric for specific applications. To this end, metric learning is an appealing technique. It enables the algorithms to automatically learn a metric from the available data. Metric learning with a convex objective function was first proposed in the seminal work of Xing et al. [1]. After that, many other metric learning methods have been developed and widely adopted, such as the Large Marin Nearest Neighbor (LMNN) [2] and the Information Theoretic Metric Learning [3]. Some theoretical work has also been proposed for metric learning, especially on deriving different generalization bounds [4, 5, 6, 7] and deep networks have been used to represent nonlinear metrics  [8, 9]. In addition, metric learning methods have bee developed for specific purposes, including multi-output tasks [10], multi-view learning [11]

Most aforementioned methods use a single metric for the whole metric space and thus may not be well-suited for data sets with multimodality. To solve this problem, local metric learning algorithms have been proposed [17, 2, 18, 19, 20, 21, 22, 23, 24].

Most of these localized algorithms can be categorized into two groups: 1) Each data point or cluster of data points has a local metric M(xi). This, however, results in an asymmetric distance as illustrated in [18], i.e. M(xi)≠M(xj) would cause D(xi,xj;M(xi))≠D(xj,xi;M(xj)). 2) Each line segment or cluster of line segments has a local metric, i.e. M(xi,xj). The definitions of M(xi,xj), such as ∑kwk(xi,xj)Mk in [20] where wk is defined as P(k|xi)+P(k|xj) to guarantee the symmetry and P(k|xi) or P(k|xj)

is based on the posterior probability that the point

x belongs to the kth Gaussian cluster in a Gaussian mixture (GMM), are nonetheless not very intuitive.

To establish our new distance and local metric learning method, we first define some key concepts, namely influential regions, local metrics and line segments, which lead to the definition of the new distance. Then we calculate the distance by discussing the geometric relationship between line segment and influential regions. After that, we use the proposed local metric to build a novel classifier and study its learnablity. The penalty terms from the derived learning bound, together with the empirical hinge loss, form an optimization problem, which is solved via gradient descent due to the non-convexity. Finally we experiment the proposed local metric learning algorithm on 14 publicly available data sets. On eight of these data sets, the proposed algorithm achieves the best performance, much better than the state-of-the-art metric learning competitors.

In this section, we will first define influential regions As,s=1,…,S, and the background region B. With a local metric for each region M(As) and M(B), the distance between xi and xj will be defined as the sum of lengths of line segments in each influential region and the background region, as illustrated in Figure 1. Since the metric is defined with respect to line segments, the distance is symmetric, i.e. D(xi,xj)=DM(¯¯¯¯¯¯¯¯¯xixj)(xi,xj)=DM(¯¯¯¯¯¯¯¯¯xjxi)(xj,xi)=D(xj,xi).

To simplify the calculation required later, we restrict the shape of each influential region to be a ball.

Influential regions are defined to be any set of n-balls inside the metric space:

where S denotes the number of influential regions; As=Ball(os,rs), in which Ball(os,rs) denotes a ball with the center at os and radius of rs; the location of each influential region is determined by the Euclidean distance; and points x∈As construct a set with the following form

Background region is defined to be the region excluding influential regions:

where U indicates the universe set.

Throughout this paper, the distance between two points xi and xj is equivalent to the length of line segment ¯¯¯¯¯¯¯¯¯¯xixj, i.e. D(xi,xj)=l(¯¯¯¯¯¯¯¯¯¯xixj). Length l(¯¯¯¯¯¯¯¯¯¯xixj) in influential regions and the background region will be defined separately with respective metrics.

The background region B has a background metric M(B). For any two points xi,xj∈B and ¯¯¯¯¯¯¯¯¯¯xixj⊂B, the length of a line segment is defined as

To calculate the distance between any xi∈U and xj∈U, we need to consider the relationship between the line segment ¯¯¯¯¯¯¯¯¯¯xixj and influential regions, which can be simplified as one of the following three cases: no-intersection, tangent and with-intersection.

The length of line segment is defined as

3.1 Calculation of the length of intersection with influential regions

The length of intersection between line segment ¯¯¯¯¯¯¯¯¯¯xixj and the influential region As, with the intersection points p,q and intersection coefficients λp,λq, is

As shown in the above proposition, the length of intersection can be calculated given the local metric M(As) and γ, where the latter term can be obtained from λq and λp.

Now we discuss the computation of γ, which can be divided into two steps.

1) Calculate the intersection points of the line xixj and the ball: u and v, i.e. xi+λu(xj−xi) and xi+λv(xj−xi).

The coefficients λu and λv could be easily solved through the following quadratic equation with one variable:

For simplicity, the superscript s and subscript ij for λ, u, v, p and q will be discarded if no confusion is caused.

A summary of the notation used in this section is listed in Table I; the details of the distance calculation are illustrated in Figure 3 and Table II.

3.2 Calculation of the length of intersection with local metrics

In the case of non-overlapping influential regions, i.e. Ai∩Aj=∅,∀i≠j,

where γb is defined as the intersection ratio of the background region, and in the non-overlapping case γb=1−∑sγs.

Proposition 2 suggests that the distance can be obtained once we have metrics (M(As), M(B)) and the intersection ratio γs. As all calculations are in closed form, the computation is efficient.

In the case of overlapping influential regions, we have the same formula as (8):

The calculation of γb in (9) is slightly different from that in (8). In the following sections, we use an approximation of γb for simplicity: γb=max(1−∑sγs,0).

In the Euclidean space, it is intuitive to see the following classifier gives the same classification results as 1-NN:

where sumKmin denotes the sum of the K minimal elements of the set. This function will be used as the classifier in our algorithm.

4.2 Learnability of the Classifier with Local Metrics

([26]) The Lipschitz constant of a function f is

Based on the definition of Lipschitz constant, the proposition is proved. ∎

With distance defined with (9), the Lipschitz constant of the classifier illustrated by (10) is bound by 2(∑s∥M(As)∥F+∥M(B)∥F), where ∥⋅∥F denotes the matrix Frobenius norm.

With the identity matrix

I, dI(x,xk) is the Euclidean distance.

The Lipschitz constant of f1(x)=dM(x,xk) is bounded by ∥M∥F as follows:

where the first inequality follows the triangle inequality of distance, and the second inequality is based on the fact that matrix Frobenius norm is consistent with the vector

According to the definition of distance in (9), we have

and it follows Proposition 3 that

Based on the Lipschitz constant of DM(x,xk) and the composition property illustrated Proposition 4,

Combining the results of Proposition 1 and the Corollary 6 of [25], we can obtain the following Corollary.

Let metric space (X,ρ) have doubling dimension ddim(X) and let F be the collection of real valued functions over X with the Lipschitz constant at most L. Then for any f∈F that classifies a sample of size n correctly, if f is correct on all but k examples, we have with probability at least 1−δ

diam denotes the diameter of the space and ddim denotes doubling dimension666The detailed definition can be found in [25].

The above learning bound illustrates the generalization ability, i.e. the difference between the expected error P{(x,t):sign[f(x)]≠t} and the empirical error k/n. Based on the bound, reducing the value of ∑s∥M(As)∥F+∥M(B)∥F would help reduce the gap between the empirical error and the expected error. In other words, the learning bound indicates that regularizing ∑s∥M(As)∥F+∥M(B)∥F would help improve the generalization ability of the classifier.

Based on the discussion in previous sections, with hinge loss and the regularization terms of ∑s∥M(As)∥F+∥M(B)∥<span clas