Learning from, Understanding, and Supporting DevOps Artifacts for Docker

With the growing use of DevOps tools and frameworks, there is an increased need for tools and techniques that support more than code. The current state-of-the-art in static developer assistance for tools like Docker is limited to shallow syntactic validation. We identify three core challenges in the realm of learning from, understanding, and supporting developers writing DevOps artifacts: (i) nested languages in DevOps artifacts, (ii) rule mining, and (iii) the lack of semantic rule-based analysis. To address these challenges we introduce a toolset, binnacle, that enabled us to ingest 900,000 GitHub repositories. Focusing on Docker, we extracted approximately 178,000 unique Dockerfiles, and also identified a Gold Set of Dockerfiles written by Docker experts. We addressed challenge (i) by reducing the number of effectively uninterpretable nodes in our ASTs by over 80 address challenge (ii), we introduced a novel rule-mining technique capable of recovering two-thirds of the rules in a benchmark we curated. Through this automated mining, we were able to recover 16 new rules that were not found during manual rule collection. To address challenge (iii), we manually collected a set of rules for Dockerfiles from commits to the files in the Gold Set. These rules encapsulate best practices, avoid docker build failures, and improve image size and build latency. We created an analyzer that used these rules, and found that, on average, Dockerfiles on GitHub violated the rules five times more frequently than the Dockerfiles in our Gold Set. We also found that industrial Dockerfiles fared no better than those sourced from GitHub. The learned rules and analyzer in binnacle can be used to aid developers in the IDE when creating Dockerfiles, and in a post-hoc fashion to identify issues in, and to improve, existing Dockerfiles. 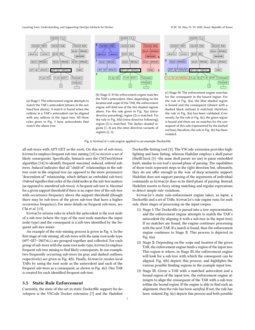