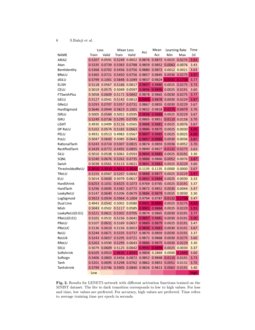 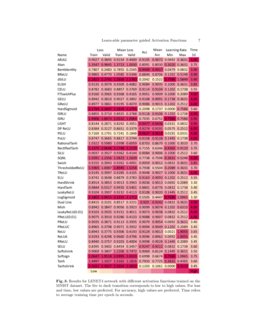 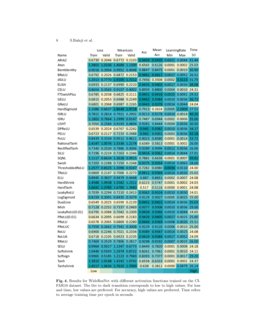 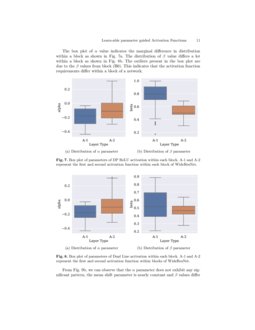 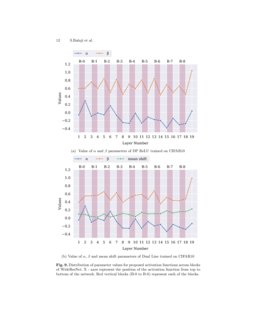 The rest of the paper is organized as follows. Section 2 describes our proposed activation function and section 3 deals with their properties. Section 4 describes the steps to be carried out to extend the proposed concept to other activation functions. Experimental analysis and performance evaluation are described in section 5 and section 6 respectively. Results and discussion are detailed in section 7 and 8 respectively. The paper is concluded in section 9.

Both the slope parameters are independent of other parameters and act directly on the input without any constraints as shown in Equ. (1) and Equ. (2).

As per Fisher optimal learning criteria, we can reduce the undesired bias shift effect by centering the activation at zero or by using activation with negative values [38]. Unit natural gradient can be achieved by pushing mean activation close to zero. This reduces the risk of over-fitting and allows the network to learn faster [4],[3]. The mean shift parameter in Dual Line activation function aids to push the mean activation towards zero.

Using complex mathematical operations in the activation function increases compute time and memory requirement for training and inference. The absence of exponential or division makes ReLU and its variants faster[1]. ISRLU uses inverse square roots instead of exponentials as they exhibit 1.2X better performance in Intel Xeon E5-2699 v3 (Haswell AVX2) [4]. The proposed activation functions does not have complex mathematical operations. The only bottleneck in compute time during training is due to the inclusion of learn-able parameters.

4 Extending the concept to other activation functions

An existing activation function (G) can be modified by treating it as a piecewise function and replacing the characteristics for x > 0. For value of x > 0, the function can be defined as input multiplied by learn-able slope parameter and it remains the same elsewhere.

For an activation function G defined as follows,

The proposed concept can be applied as follows

are the computer vision datasets used for analyzing activation functions. We are carrying out experiments with MNIST and CIFAR10 in this paper, as they are the most frequently used.

PyTorch deep-learning library was used for the experiments [30]

[31]. The max and min values of learning rate across multiple runs are presented, which can be an indicator for the range of values the model prefers.

The hyper-parameters were based on fast.ai submission for the DAWNBench challenge [34]

Metrics such as accuracy, top-5 accuracy, validation loss, training loss and time are estimated for the 3 networks. WideResNet contains batch norm layers and the LENET network does not. The impact of batch normalization layer would be one of the factors to consider between these architectures. The main analysis parameter is mean accuracy across 5 runs.

The following sections discuss the results and analysis of training LENET5 and LENET4 on the MNIST dataset and WideResNet on the CIFAR10 dataset.

The learning rate estimated varies w.r.t activation used. Learning rates were estimated to indicate the range of values an activation function prefers for a dataset and are shown in the Fig. 2, Fig. 3 and Fig. 4.

Table 1 shows the maximum and minimum values observed for each of the datasets. Overall, Dual Line prefers the range as 1.4 E-03 to 0.363 and DP ReLU prefers 1E-03 to 0.251. Higher learning rates are observed in LENET4 compared to WideResNet and LENET5.

. The outliers present in the box plot are due to the

β values from block (B0). This indicates that the activation function requirements differ within a block of a network.

From Fig. (b)b, we can observe that the α parameter does not exhibit any significant pattern, the mean shift parameter is nearly constant and β values differ marginally for Dual Line. The marginal difference in β distribution can be seen clearly in Fig. (b)b. The block-level parameter distribution pattern indicates the final distribution of the parameters and helps us to understand the requirements of activation function at block level. As we have used learn-able parameters, the proposed activation function can adapt as per the requirement posed by its neighboring layers.

The proposed activation function Dual Line broke 3 out of 4 fast.ai leaderboards for the image classification task. It was able to achieve more than 2% percent improvement in accuracy in two leaderboards. Parameter distribution pattern within blocks was observed in XResNet-50 models trained for the above 4 leaderboards. In our current work, we have analyzed the concept of learn-able slope parameter for the positive axis and mean shift parameter and have shown the performance benefit of the same. Our future work deals with reducing the computation time taken during training.