An Eulerian walk (or Eulerian trail) is a walk (resp. trail) that visits every edge of a graph G at least (resp. exactly) once. This notion was first discussed by Leonhard Euler while solving the famous Seven Bridges of Königsberg problem in 1736. What if Euler had to take a bus? In a temporal graph (G,λ), with λ: E(G)→ 2^[τ], an edge e∈ E(G) is available only at the times specified by λ(e)⊆ [τ], in the same way the connections of the public transportation network of a city or of sightseeing tours are available only at scheduled times. In this scenario, even though several translations of Eulerian trails and walks are possible in temporal terms, only a very particular variation has been exploited in the literature, specifically for infinite dynamic networks (Orlin, 1984). In this paper, we deal with temporal walks, local trails, and trails, respectively referring to edge traversal with no constraints, constrained to not repeating the same edge in a single timestamp, and constrained to never repeating the same edge throughout the entire traversal. We show that, if the edges are always available, then deciding whether (G,λ) has a temporal walk or trail is polynomial, while deciding whether it has a local trail is NP-complete even if it has lifetime 2. In contrast, in the general case, solving any of these problems is NP-complete, even under very strict hypothesis. 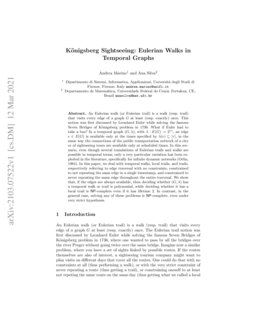 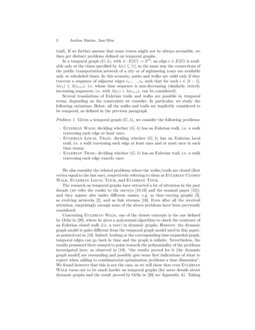 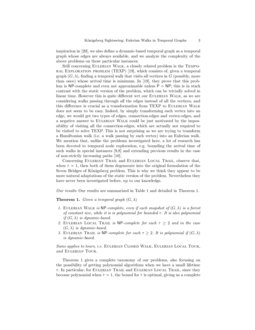 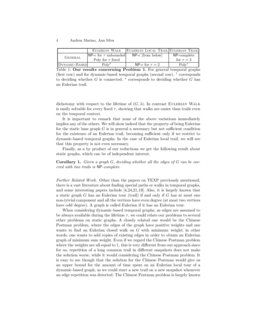