A recent analysis of a model of iterative neural network in Hilbert spaces established fundamental properties of such networks, such as existence of the fixed points sets, convergence analysis, and Lipschitz continuity. Building on these results, we show that under a single mild condition on the weights of the network, one is guaranteed to obtain a neural network converging to its unique fixed point. We provide a bound on the norm of this fixed point in terms of norms of weights and biases of the network. We also show why this model of a feed-forward neural network is not able to accomodate Hopfield networks under our assumption. 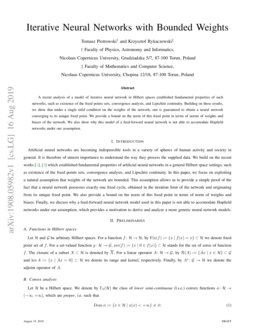 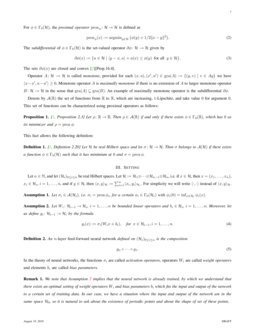 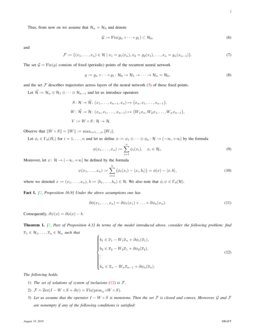 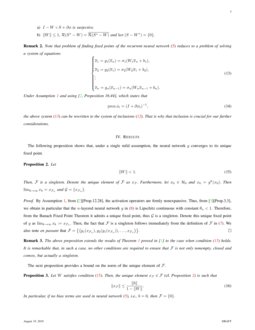 On the Relation of Impulse Propagation to Synaptic Strength

Artificial neural networks are becoming indispensible tools in a variety of spheres of human activity and society in general. It is therefore of utmost importance to understand the way they process the supplied data. We build on the recent works [1, 3]

which established fundamental properties of artificial neural networks in a general Hilbert space settings, such as existence of the fixed points sets, convergence analysis, and Lipschitz continuity. In this paper, we focus on exploiting a natural assumption that weights of the network are bounded. This assumption allows us to provide a simple proof of the fact that recurrent neural network possesses exactly one fixed cycle, obtained in the iteration limit of the network and originating from its unique fixed point. We also provide a bound on the norm of this fixed point in terms of norm of weights and biases. Finally, we discuss why a feed-forward neural network model used in this paper is not able to accomodate Hopfield networks under our assumption, which provides a motivation to derive and analyze a more generic neural network models.

Let H and G be arbitrary Hilbert spaces. For a function f:H→H, by Fix(f):={x∣f(x)=x}⊂H we denote fixed point set of f. For a set-valued function (with non-empty values) g:H⊸G, Zer(f):={x∣0∈f(x)}⊂H stands for the set of zeros of function f. The closure of a subset X⊂H is denoted by ¯¯¯¯¯X. For a linear operator A:H→G, by Ran(A):={Ax∣x∈H}⊂G and Ker(A):={x∣Ax=0}⊂H we denote its range and kernel, respectively. Finally, by A∗:G→H we denote the adjoint operator of A, and by IH:H→H we denote identity operator on H. To simplify the notation, we omit the subscript of the identity operator if the space under consideration is clear from the context.

The subdifferential of ϕ∈Γ0(H) is the set-valued operator ∂ϕ:H⊸H given by

Denote by A(R) the set of functions from R to R, which are increasing, 1-Lipschitz, and take value 0 for argument 0. This set of functions can be characterized using proximal operators as follows:

This fact allows the following definition:

We note that Assumption 2 implies that the neural network is already trained, by which we understand that there exists an optimal setting of weight operators Wi and bias parameters bi which fits the input and output of the network to a certain set of training data. In the case of recurrent neural networks, we have a situation where the input and output of the network are in the same space H0, so it is natural to ask about the existence of periodic points and about the shape of set of these points.

Thus, from now on we assume that Hn=H0 and denote

and the set F describes trajectories across layers of the neural network (5) of these fixed points.

[2, Proposition 16.9] Under the above assumptions one has

Under Assumption 1 and using [2, Proposition 16.44], which states that

the above system (13) can be rewritten to the system of inclusions (12). That is why that inclusion is crucial for our further considerations.

The following proposition shows that, under a single mild assumption, the neural network g converges to its unique fixed point.

Then, F is a singleton. Denote the unique element of F as xF. Furthermore, let x0∈H0 and xk=gk(x0). Then limk→∞xk=xFn, where xFn∈Hn denotes the nth coordinate of xF, and G={xFn}.

By Assumption 1, from [2, Proposition 12.28], the activation operators are firmly nonexpansive. Thus, from [3, Proposition 3.3], we obtain in particular that the n-layered neural network g in (8) is Lipschitz continuous with constant θn:=∏ni=1∥Wi∥<1. Therefore, from the Banach Fixed Point Theorem it admits a unique fixed point, thus G is a singleton. Denote this unique fixed point of g as xFn:=limk→∞xk. Then, the fact that F is a singleton follows immediately from the definition of F in (7). We also note en passant that F={(g1(xFn),g2(g1(xFn)),…,xFn)}. ∎

The above proposition extends the results of Theorem 1 proved in [1] to the case when condition (15) holds. It is remarkable that, in such a case, no other conditions are required to ensure that F is not only nonempty, closed and convex, but actually a singleton. Moreover, note that the sequence of interations convergences in the strong topology to the unique fixed point.

then F is a singleton.

The next proposition provides a bound on the norm of the unique element of F.

Let W satisfies condition (16). Then, the unique element xF∈F (cf. Proposition 2) is such that

For xF, this implies that

where we have used the fact that ∥W∘S∥=∥W∥. The inequality (17) follows. If b=0, then xF=0, and from Proposition 2 one concludes that in such a case F={0}. ∎

The fact that neural network g converges to a single fixed point may not be desirable in certain applications. The following remark demonstrates that in such a case, a more general network model must be considered.

is the state vector,

is block diagonal matrix of self-inhibition of neurons and

, is continuous activation function of the neural network.

Any equlibrium point x of the above network satisfies

which is of the form (12). In particular, under appropriate assumptions on operators D and W, one can achieve that ∥D−1W∥<1, which according to Proposition 2 leads to a situation where we have only one fixed point of network (23). Hence, our (and the one described in [1]) model may not be adequate in this case, as Hopfield network learning relies on memorizing many distinct fixed points of the network.