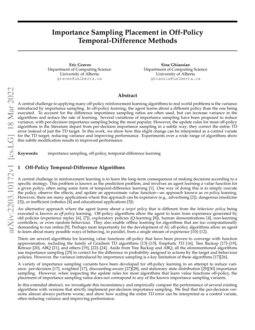 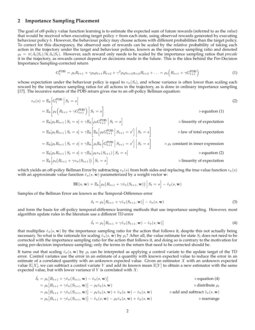 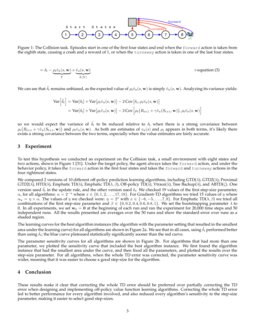 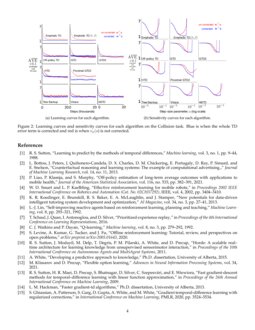 The principal contribution of this paper is a conceptual framework for o...
Mark Rowland, et al. ∙

Many off-policy prediction learning algorithms have been proposed in the...
Sina Ghiassian, et al. ∙

Learning in a lifelong setting, where the dynamics continually evolve, i...
Pierre Liotet, et al. ∙

A central challenge in reinforcement learning is to learn the long-term consequences of making decisions according to a specific strategy. This problem is known as the prediction problem, and involves an agent learning a value function for a given policy, often using some form of temporal-difference learning sutton1988learning. One way of doing this is to simply execute the policy, observe the effects, and update an approximate value function—an approach known as on-policy learning. However, there are many applications where this approach can be expensive (e.g., advertising bottou2013counterfactual), dangerous (medicine liao2021off), or inefficient (robotics smart2002effective and educational applications koedinger2013new).

An alternative approach where the agent learns about a target policy that is different from the behaviour policy being executed is known as off-policy learning. Off-policy algorithms allow the agent to learn from experience generated by old policies (experience replay lin1992self,schaul2015prioritized), exploratory policies (Q-learning watkins1992q), human demonstrations smart2002effective, non-learning controllers, or even random behaviour. They also enable offline learning for algorithms that are too computationally demanding to run online levine2020offline. Perhaps most importantly for the development of AI, off-policy algorithms allow an agent to learn about many possible ways of behaving, in parallel, from a single stream of experience sutton2011horde,white2015developing,klissarov2021flexible.

There are several algorithms for learning value functions off-policy that have been proven to converge with function approximation, including the family of Gradient TD algorithms sutton2009fast,hackman2013faster,ghiassian2020gradient, Emphatic TD sutton2016anemphatic, Tree Backup precup2000eligibility,touati2018convergent,ghiassian2022online, Retrace munos2016safe, ABQ mahmood2017multi, and others dann2014policy,white2016investigating,geist2014off,ghiassian2022online. Aside from Tree Backup and ABQ, all the aforementioned algorithms use importance sampling rubinstein2016simulation to correct for the difference in probability assigned to actions by the target and behaviour policies. However, the variance introduced by importance sampling is a key limitation of these algorithms precup2000eligibilityliu2020understanding.

In this extended abstract, we investigate this inconsistency and empirically compare the performance of several existing algorithms with versions that strictly implement per-decision importance sampling. We find that the per-decision versions almost always perform worse, and show how scaling the entire TD error can be interpreted as a control variate, often reducing variance and improving performance.

value) that would be received when executing target policy π from each state, using observed rewards generated by executing behaviour policy b. However, the behaviour policy may choose actions with different probabilities than the target policy. To correct for this discrepancy, the observed sum of rewards can be scaled by the relative probability of taking each action in the trajectory under the target and behaviour policies, known as the importance sampling ratio and denoted ρt=π(At|St)/b(At|St). However, each reward only needs to be scaled by the importance sampling ratios that precede it in the trajectory, as rewards cannot depend on decisions made in the future. This is the idea behind the Per-Decision Importance Sampling-corrected return

whose expectation under the behaviour policy is equal to vπ(St), and whose variance is often lower than scaling each reward by the importance sampling ratios for all actions in the trajectory, as is done in ordinary importance sampling precup2000eligibility. The recursive nature of the PDIS return gives rise to an off-policy Bellman equation:

parameterized by a weight vector

and form the basis for off-policy temporal-difference learning methods that use importance sampling. However, most algorithm update rules in the literature use a different TD error

We can see that ~δt remains unbiased, as the expected value of ρt^vπ(s,w) is simply ^vπ(s,w). Analyzing its variance yields:

at the beginning of each run and ran the experiment for 20,000 time steps and 50 independent runs. All the results presented are averages over the 50 runs and show the standard error over runs as a shaded region.

The learning curves for the best algorithm instances (the algorithm with the parameter setting that resulted in the smallest area under the learning curve) for all algorithms are shown in Figure 1(a). We see that in all cases, using ~δt performed better than using δt; the blue curve plateaued statistically significantly sooner than the red curve.