In this paper, we propose a novel image denoising algorithm using collaborative support-agnostic sparse reconstruction. An observed image is first divided into patches. Similarly structured patches are grouped together to be utilized for collaborative processing. In the proposed collaborative schemes, similar patches are assumed to share the same support taps. For sparse reconstruction, the likelihood of a tap being active in a patch is computed and refined through a collaboration process with other similar patches in the same group. This provides very good patch support estimation, hence enhancing the quality of image restoration. Performance comparisons with state-of-the-art algorithms, in terms of SSIM and PSNR, demonstrate the superiority of the proposed algorithm. 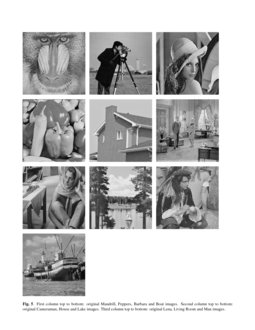 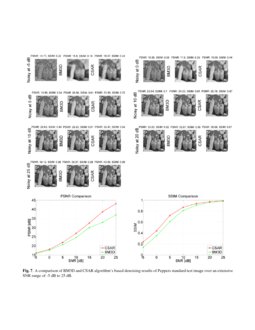 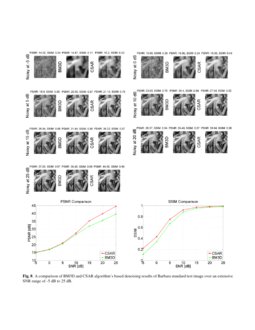 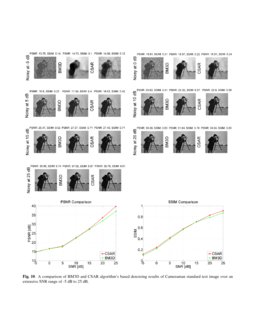 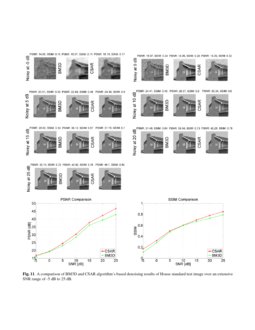 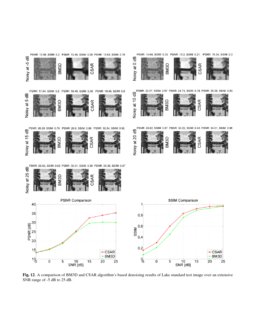 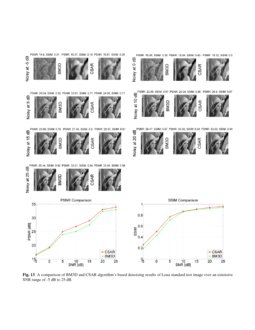 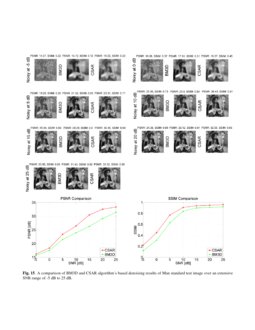 Image denoising algorithms aim at restoring image information from recorded version contaminated by noise. The noise is generally assumed to be signal independent zero mean additive white Gaussian. Over the past few decades, this problem has been extensively studied and the field has witnessed a continuous growth resulting in a number of highly effective image denoising algorithms.

[1, 2, 3]). The NL-means algorithm [4] is one of the most popular spatial-domain algorithms. This algorithm replaces each pixel by a weighted average of all other pixels. The weights are calculated based on the similarity in the neighborhood of each pixel with that of the reference pixel.

On the other hand, transform-domain algorithms perform denoising through thresholding of the weak coefficients in some transformed domain [5, 6, 7, 8, 9, 10]. In particular, a sparse representation of the image over a given dictionary is utilized to identify the noise components. Typically, compressed sensing (CS) algorithms are applied to recover the sparse coefficients (see [11, 12, 13, 14, 15]). One of the important denoising algorithms belonging to the transform-domain category is the K-SVD [16], which adapts a highly overcomplete dictionary computed via some prior training process. Unfortunately, this process impairs the computational flexibility of this algorithm.

Other denoising approaches combine more than one denoising methodology (see e.g., [17, 18, 19, 20]), imposing additional computational burden. For example, BM3D [21] takes advantage of both the spatial and transform-domain techniques by grouping similar image blocks in 3D arrays and applying collaborative filtering in the transform domain. In general, state-of-the-art algorithms are capable of denoising images with high precision. However, in some instances, these algorithms tend to produce over-smoothed images where important information like edges and textural details are lost.

Let X∈RR×C be an image matrix. We aim to estimate the latent image matrix X from its noisy observations Y

represents the noise matrix whose entries are i.i.d. random variables drawn from a Gaussian distribution with zero mean and variance

σ2w. To find the estimated and denoised image ˆX, we use the following three main steps.

2.1 Formation and grouping of image patches

is selected to be an odd number.

111Our algorithm applies to the general case where patches could be rectangular or even linear. However, for simplicity and convenience we focus on the special case of square patches in this paper.

Further, to accommodate the border pixels, we pad the image borders with

⌊N2⌋ pixels. This results in a total number of K=RC patches as

where K={1,2,…,K}. Note that for computational convenience, we represent patches in (2

) in vectorized form and use the resulting notation in the rest of the paper. So we have

The next step is to group each patch with similar patches as shown in stage 1 of Fig. 1. The aim is to group all patches with similar underlying image structure irrespective of their intensity levels. Importantly, this intensity-invariant grouping requires normalization of the image patches as follows

where η(⋅) represents the normalization operator and yk is the normalized version of ˜yk. As a result, we have

Thus patch yk and those among all other patches that lie within a distance of, say ϵ, from yk are grouped together. We call these the neighbors of the kth patch i.e., yk. Thus

denotes a set of indices of all neighbors of patch k and the index k itself. Here d(⋅) could be any feasible distance measure, such as the Euclidean distance. Note that by virtue of the definition above, the set of neighbors need not be spatial neighbors and the set of neighbors Nk,∀k∈K are not disjoint. The upshot of such grouping is that it yields a higher number of neighbors for each patch which is beneficial for our collaborative approach as described in the following section.

It is a well-known fact that images are sparse in the wavelet domain. We use this property to find sparse representation of each patch as follows

where A∈RN2×M,M≫N2 is an overcomplete wavelet dictionary. Moreover, hk∈RM is the sparse representation of xk i.e., xk=Ahk. Let ˆhk represent an estimate of the sparse vector obtained through a sparse recovery algorithm and let Sk be its support set. Note that in an ideal scenario Sk=Si,∀i∈Nk should hold true for all k∈K. This observation motivates us to use the sparse representation of patches to devise a collaborative denoising method. However, note that in reality the supports may not match exactly as Nk is a function of a non-zero ϵ as well as wk. The threshold ϵ could be selected such that it guarantees high similarity among the group members. However, the perturbations due to noise would remain and result in a disagreement among the supports of similar patches. Here we would like to stress that this disagreement is a blessing in disguise. Given sufficiently small ϵ

, most of the outliers

in the support are there, with high probability, due to noise. This helps us identify and take care of the noise-causing components in the estimate

ˆhk. One naive approach could be to eliminate the non-zero components of ˆhk located at Vk and use the resulting sparse vector to form an estimate ˆxk=Aˆhk. However, this could result in destroying useful information especially in high noise cases as some legitimate non-zero locations could be mistaken for noise-causing components. In view of this, we resort to a much moderate approach.

as an estimate of the active probability vector of clean hk. The weighting factor

. Moreover, by virtue of the law of large numbers, we expect that (

8) will result in a good estimate especially because |Nk| is large due to the intensity-invariant grouping approach. The derived clean \boldmathλ′k is a valuable piece of information which approximates the a priori information about the active locations of true or clean sparse representation of the kth patch xk. This a priori information could be provided to a sparse recovery algorithm, as shown in stage 2 of Fig. 1, to find an estimate of true hk (let us call it ¯hk) and thus an estimate of true (and denoised) kth patch which we denote as ˆxk

As described in Sec. 2.1, we form overlapping patches. As a result each image pixel is present in N2 patches and therefore has as many estimated values. In order to reconstruct the denoised image ˆX, we simply average the N2 estimates of each pixel. In this way, the final image formation adds another level of averaging out impurities. Lastly, we average the denoising results using L different odd patch sizes, stage 3 of Fig. 1, that significantly improves the denoising performance.

Our denoising algorithm requires estimation of sparse vectors ˆhk and ¯hk. Several sparse recovery algorithms exist. However, we need to be careful in our selection. Specifically, the nature of our problem dictates that such algorithm should:

Many algorithms exist that offer these features. However, very few have all of the mentioned attributes. Among these algorithms, we are specially interested in SABMP [22] as it is capable of MMSE estimation even if the distribution of the unknown vector is not available. Moreover, the algorithm provides active probabilities along with the estimated sparse vector which is what our denoising algorithm benefits from.

In this section, we compare the proposed algorithm with two state-of-the-art algorithms, namely, NL-means [4] and BM3D [21]. Comparisons with NL-means and BM3D validate the superior performance of CSAR and prove that our algorithm is even robust to situations where these cannot perform well.

For the experiments, we used various grayscale standard test images. For a more challenging competition, an SNR range including very high noise levels were used providing higher chances of confusing signal components with noise. The entries of dictionary were derived from wavelet as well as DCT basis. Square patch sizes of 3, 5, 7 and 9, i.e., L=4, were used and the denoising results were averaged.

Fig. 2 compares the performance of denoising the peppers image by proposed CSAR with BM3D and NL-means algorithms. The peppers image is specifically selected for its detailed rich nature making the comparison more interesting. It is obvious that the proposed algorithm outperforms the other two algorithms across the considered SNR range. Apart from outperforming in terms of PSNR, the SSIM performance of CSAR is also much better than other competing algorithms.

The comparison of denoising Cameraman is provided in Fig. 3. This experimental results taken at SNR = 5 dB depict that our algorithm outperforms state-of-the-art algorithms. Another comparison of Mandrill at SNR = 0 dB and 5 dB is illustrated in Fig. 4. These figures emphasize the importance of preserving feature rich portions, as done by CSAR, which are more likely to get destroyed in the presence of noise.

Specifically, we show in Fig. 3 that our results are not blurred at high noise of SNR = 5 dB, while in Fig. 4 we show that we are good at preserving the details. For instance in Fig. 4, note that the face details are blurred out both at SNR = 0 and 5 dB in BM3D but exist in CSAR denoised image. This degradation due to blurring or removal of feature rich components can have critical consequences e.g. detecting tumors in bio-medical applications, that can be life threatening if detections go wrong. Detailed results are provided in Table 1 for a number of test images widely used in the denoising literature. These extensive results demonstrate the superiority and efficacy of our approach over images of different types.

Further, the results of proposed CSAR algorithm and the competing BM3D algorithm were compared over a large number of standard test images using a wide range of noise levels. For this purpose, we show all the original standard test images in Fig. 5 used for the extensive simulations. The noisy and the resulting denoised images using BM3D and proposed CSAR algorithms are shown in Fig. 6 to Fig. 15. We show in these figures that our proposed algorithm is capable of both preserving smooth regions of the image as well as the details in the image, which is in fact one of the most challenging tasks while denoising since many denoising algorithms tend to blur out the details. Also as we have compared the results using a wide range of noise levels, this validates that our algorithm is superior to the state-of-the-art algorithm BM3D and is better in terms of both objective and subjective measures.

In this paper, we have proposed a novel sparse-recovery-based denoising algorithm. We deploy a patch-based collaborative scheme via enhanced similar patch hunt. The likelihood that a tap is active is computed and refined through collaboration yielding an enhanced sparse estimate, hence improving the isolation of the noise-dominated taps. Results obtained under various experimental setups demonstrate the superiority of the proposed algorithm when benchmarked against selected state-of-the-art algorithms. An interesting future direction is to identify smooth and non-smooth regions to tailor our collaborative framework for further improvements.