A comprehensive understanding of the behaviours of the various geophysical processes requires, among others, detailed investigations across temporal scales. In this work, we propose a new time series feature compilation for advancing and enriching such investigations in a hydroclimatic context. This specific compilation can facilitate largely interpretable feature investigations and comparisons in terms of temporal dependence, temporal variation, "forecastability", lumpiness, stability, nonlinearity (and linearity), trends, spikiness, curvature and seasonality. Detailed quantifications and multifaceted characterizations are herein obtained by computing the values of the proposed feature compilation across nine temporal resolutions (i.e., the 1-day, 2-day, 3-day, 7-day, 0.5-month, 1-month, 2-month, 3-month and 6-month ones) and three hydroclimatic time series types (i.e., temperature, precipitation and streamflow) for 34-year-long time series records originating from 511 geographical locations across the continental United States. Based on the acquired information and knowledge, similarities and differences between the examined time series types with respect to the evolution patterns characterizing their feature values with increasing (or decreasing) temporal resolution are identified. To our view, the similarities in these patterns are rather surprising. We also find that the spatial patterns emerging from feature-based time series clustering are largely analogous across temporal scales, and compare the features with respect to their usefulness in clustering the time series at the various temporal resolutions. For most of the features, this usefulness can vary to a notable degree across temporal resolutions and time series types, thereby pointing out the need for conducting multifaceted time series characterizations for the study of hydroclimatic similarity. 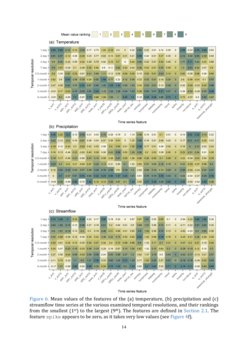 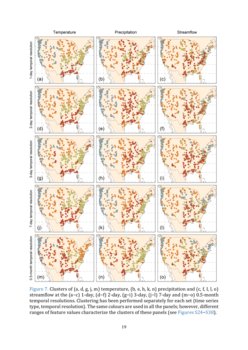 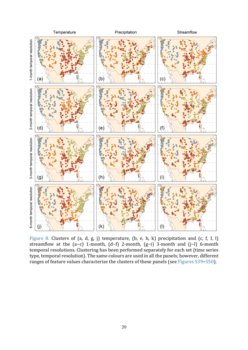 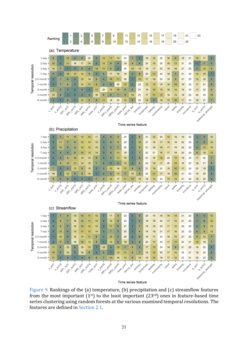 STFT-LDA: An Algorithm to Facilitate the Visual Analysis of Building Seismic Responses

Towards The Inductive Acquisition of Temporal Knowledge

The ability to predict the future in a given domain can be acquired by d...
Kaihu Chen, et al. ∙