How can I choose an explainer? An Application-grounded Evaluation of Post-hoc Explanations

There have been several research works proposing new Explainable AI (XAI) methods designed to generate model explanations having specific properties, or desiderata, such as fidelity, robustness, or human-interpretability. However, explanations are seldom evaluated based on their true practical impact on decision-making tasks. Without that assessment, explanations might be chosen that, in fact, hurt the overall performance of the combined system of ML model + end-users. This study aims to bridge this gap by proposing XAI Test, an application-grounded evaluation methodology tailored to isolate the impact of providing the end-user with different levels of information. We conducted an experiment following XAI Test to evaluate three popular post-hoc explanation methods – LIME, SHAP, and TreeInterpreter – on a real-world fraud detection task, with real data, a deployed ML model, and fraud analysts. During the experiment, we gradually increased the information provided to the fraud analysts in three stages: Data Only, i.e., just transaction data without access to model score nor explanations, Data + ML Model Score, and Data + ML Model Score + Explanations. Using strong statistical analysis, we show that, in general, these popular explainers have a worse impact than desired. Some of the conclusion highlights include: i) showing Data Only results in the highest decision accuracy and the slowest decision time among all variants tested, ii) all the explainers improve accuracy over the Data + ML Model Score variant but still result in lower accuracy when compared with Data Only; iii) LIME was the least preferred by users, probably due to its substantially lower variability of explanations from case to case. 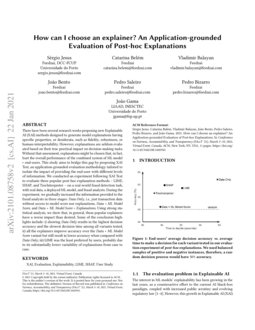 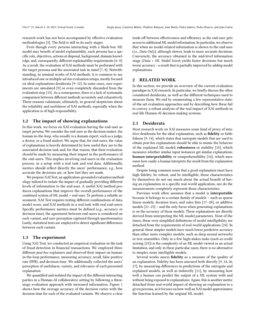 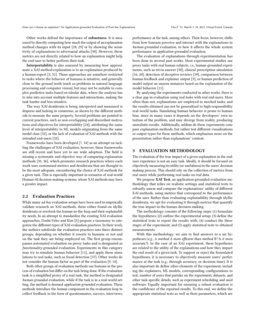 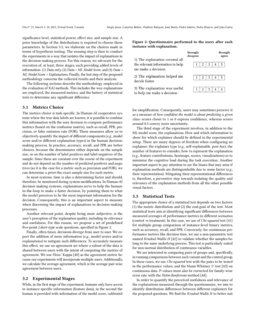 A Human-Grounded Evaluation of SHAP for Alert Processing

In the past years, many new explanation methods have been proposed to ac...
Hilde J. P. Weerts, et al. ∙

The Intriguing Properties of Model Explanations

Linear approximations to the decision boundary of a complex model have b...
Maruan Al-Shedivat, et al. ∙

Do We Need Another Explainable AI Method? Toward Unifying Post-hoc XAI Evaluation Methods into an Interactive and Multi-dimensional Benchmark

The interpretability of complex Machine Learning models is coming to be ...
Naama Boer, et al. ∙