The classical Hotelling game is played on a line segment whose points represent uniformly distributed clients. The n players of the game are servers who need to place themselves on the line segment, and once this is done, each client gets served by the player closest to it. The goal of each player is to choose its location so as to maximize the number of clients it attracts. In this paper we study a variant of the Hotelling game where each client v has a tolerance interval, randomly distributed according to some density function f, and v gets served by the nearest among the players eligible for it, namely, those that fall within its interval. (If no such player exists, then v abstains.) It turns out that this modification significantly changes the behavior of the game and its states of equilibria. In particular, it may serve to explain why players sometimes prefer to "spread out", rather than to cluster together as dictated by the classical Hotelling game. We consider two variants of the game: symmetric games, where clients have the same tolerance range to their left and right, and asymmetric games, where the left and right ranges of each client are determined independently of each other. We fully characterize the Nash equilibria of the 2-player game. For at least 3 players, we characterize a specific class of strategy profiles, referred to as canonical profiles, and show that these profiles are the only ones that may yield Nash equilibria in our game. Moreover, the canonical profile, if exists, is uniquely defined for every n and f. In both the symmetric and asymmetric setting, we give necessary and sufficient conditions for the canonical profile to be a Nash equilibrium, and demonstrate their application for several distributions. 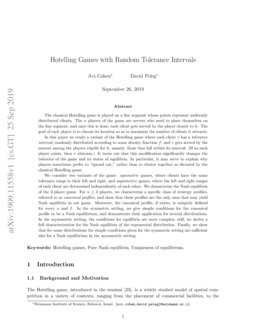 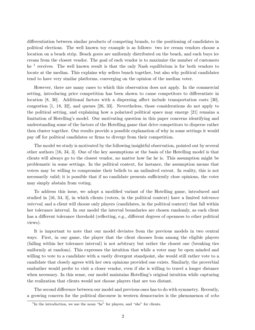 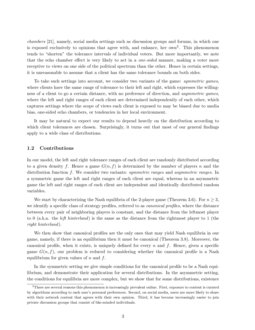 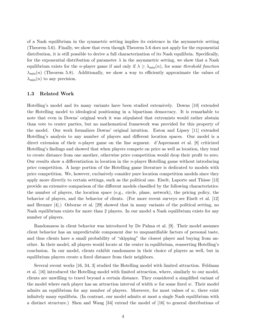