The three-in-a-tree problem asks for an induced tree of the input graph containing three mandatory vertices. In 2006, Chudnovsky and Seymour [Combinatorica, 2010] presented the first polynomial time algorithm for this problem, which has become a critical subroutine in many algorithms for detecting induced subgraphs, such as beetles, pyramids, thetas, and even and odd-holes. In 2007, Derhy and Picouleau [Discrete Applied Mathematics, 2009] considered the natural generalization to k mandatory vertices, proving that, when k is part of the input, the problem is 𝖭𝖯-complete, and ask what is the complexity of four-in-a-tree. Motivated by this question and the relevance of the original problem, we study the parameterized complexity of k-in-a-tree. We begin by showing that the problem is 𝖶[1]-hard when jointly parameterized by the size of the solution and minimum clique cover and, under the Exponential Time Hypothesis, does not admit an n^o(k) time algorithm. Afterwards, we use Courcelle's Theorem to prove fixed-parameter tractability under cliquewidth, which prompts our investigation into which parameterizations admit single exponential algorithms; we show that such algorithms exist for the unrelated parameterizations treewidth, distance to cluster, and distance to co-cluster. In terms of kernelization, we present a linear kernel under feedback edge set, and show that no polynomial kernel exists under vertex cover nor distance to clique unless 𝖭𝖯⊆𝖼𝗈𝖭𝖯/𝗉𝗈𝗅𝗒. Along with other remarks and previous work, our tractability and kernelization results cover many of the most commonly employed parameters in the graph parameter hierarchy. 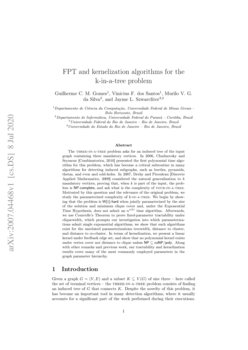 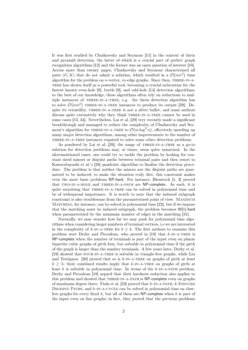 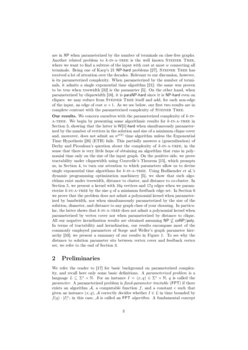 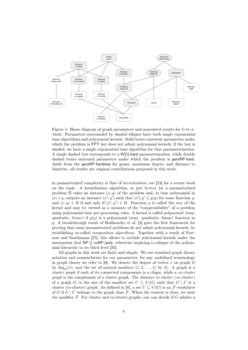