Flip graphs are a ubiquitous class of graphs, which encode relations induced on a set of combinatorial objects by elementary, local changes. Skeletons of associahedra, for instance, are the graphs induced by quadrilateral flips in triangulations of a convex polygon. For some definition of a flip graph, a natural computational problem to consider is the flip distance: Given two objects, what is the minimum number of flips needed to transform one into the other? We consider flip graphs on orientations of simple graphs, where flips consist of reversing the direction of some edges. More precisely, we consider so-called α-orientations of a graph G, in which every vertex v has a specified outdegree α(v), and a flip consists of reversing all edges of a directed cycle. We prove that deciding whether the flip distance between two α-orientations of a planar graph G is at most two is -complete. This also holds in the special case of perfect matchings, where flips involve alternating cycles. This problem amounts to finding geodesics on the common base polytope of two partition matroids, or, alternatively, on an alcoved polytope. It therefore provides an interesting example of a flip distance question that is computationally intractable despite having a natural interpretation as a geodesic on a nicely structured combinatorial polytope. We also consider the dual question of the flip distance betwe en graph orientations in which every cycle has a specified number of forward edges, and a flip is the reversal of all edges in a minimal directed cut. In general, the problem remains hard. However, if we restrict to flips that only change sinks into sources, or vice-versa, then the problem can be solved in polynomial time. Here we exploit the fact that the flip graph is the cover graph of a distributive lattice. This generalizes a recent result from Zhang, Qian, and Zhang. 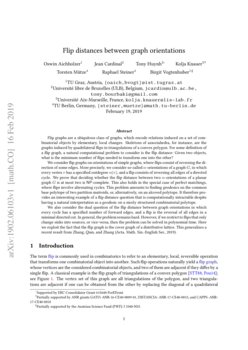 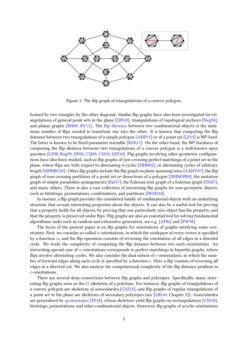 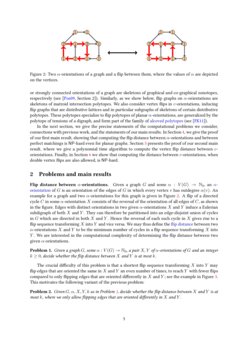 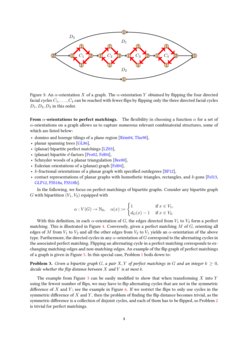