We present a Few-Shot Relation Classification Dataset (FewRel), consisting of 70, 000 sentences on 100 relations derived from Wikipedia and annotated by crowdworkers. The relation of each sentence is first recognized by distant supervision methods, and then filtered by crowdworkers. We adapt the most recent state-of-the-art few-shot learning methods for relation classification and conduct a thorough evaluation of these methods. Empirical results show that even the most competitive few-shot learning models struggle on this task, especially as compared with humans. We also show that a range of different reasoning skills are needed to solve our task. These results indicate that few-shot relation classification remains an open problem and still requires further research. Our detailed analysis points multiple directions for future research. All details and resources about the dataset and baselines are released on http://zhuhao.me/fewrel. 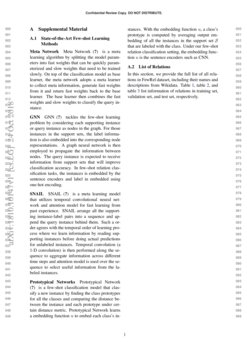 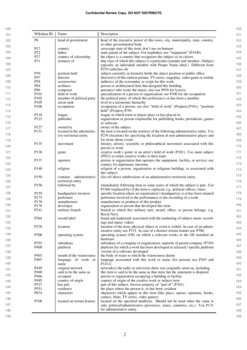 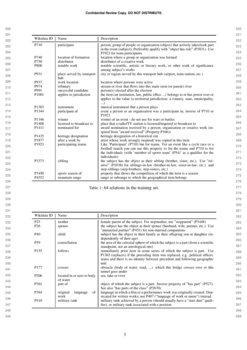 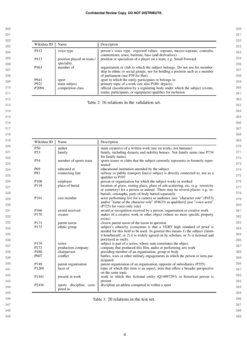 , which heuristically aligns knowledge bases (KBs) and text to automatically annotate adequate amounts of training instances. We evaluate the model proposed by

We formulate RC as a few-shot learning task in this paper, which requires models capable of handling classification task with a handful of training instances, as shown in Table 1. Many efforts have devoted to few-shot learning. The early works Caruana (1995); Bengio (2012); Donahue et al. (2014)

have been proposed to learn the distance distributions among classes. Similar classes are adjacent in the distance space. The metric methods also take advantage of non-parametric estimation to make models efficient and general. Recently, the idea of meta-learning is proposed, which encourages the models to learn fast-learning abilities from previous experience and rapidly generalize to new concepts. Many meta-learning models

(2) We systematically adapt the most recent state-of-the-art few-shot learning methods for RC, which may further benefit other NLP tasks.

(3) We conduct a comprehensive evaluation of few-shot learning methods on our dataset, which indicates some promising research directions for RC.

In this section, we describe the process of creating FewRel in detail. The whole procedure can be divided into two steps: (1) We create a large candidate set of sentences aligned to relations via distant supervision. (2) We ask human annotators to filter out the wrong labeled sentences for each relation to finally achieve a clean RC dataset.

iiiiiiiiihttps://spacy.io/ to find possible entity mentions, then match each mention with the name of an entity in KBs, and link the mention to the entity if successfully matched.

For each sentence s in Wikipedia articles containing head and tail entities e1 and e2, if there exists a Wikidata statement (e1,e2,r) meaning e1 and e2 have the relation r, we denote the (s,e1,e2,r) tuple as an instance and add it to the candidate set. Empirically, many instances of a given relation contain the same entity pair. For such relation, classifiers may prefer memorizing the entity pairs in the training instances rather than grasping the sentence semantics. Therefore, in the candidate set of each relation, we only keep 1 instance for each unique entity pair. Finally, we remove relations with fewer than 1000 instances, and randomly keep 1000 instances for the rest of the relations. As a result, we get a candidate set of 122 relations and 122,000 instances.

Next, we invite some well-educated annotators to filter the raw data on a platform similar to Amazon MTurk developed by ourselves. The platform presents each annotator with one instance each time, by showing the sentence, two entities in the sentence, and the corresponding relation labeled by distant supervision. The platform also provides the name of the entities and relation in Wikidata accompanied with the detailed description of that relation. Then the annotator is asked to judge whether the relation could be deduced only from the sentence semantics. We also ask the annotator to mark an instance as negative if the sentence is not complete, or the mention is falsely linked with the entity.

Relations are randomly assigned to annotators from the candidate set, and each annotator will consecutively annotate 20 instances of the same relation before switching to next relation. To ensure the labeling quality, each instance is labeled by at least two annotators. If the two annotators have disagreements on this instance, it will be assigned to a third annotator. As a result, each instance has at least two same annotations, which will be the final decision. After the annotation, we remove relations with fewer than 700 positive instances. For the remaining 105 relations, we calculate the inter-annotator agreement for each relation using the free-marginal multirater kappa Randolph (2005), and keep the top 100 relations.

The final FewRel dataset consists of 100 relations, each has 700 instances. A full list of relations, including their names and descriptions, is provided in Appendix A.2. The average number of tokens in each sentence is 24.99, and there are 124,577 unique tokens in total. Following recent meta-learning tasks Vinyals et al. (2016), which use separate sets of classes for training and testing, we use 64, 16, and 20 relations for training, validation, and testing respectively. Table 2 provides a comparison of our FewRel dataset to two other popular few-shot classification datasets, Omniglot and mini-ImageNet. Table 3 provides a comparison of FewRel to the previous RC datasets, including SemEval-2010 Task 8 dataset (Hendrickx et al., 2009), ACE 2003-2004 dataset (Strassel et al., 2008), TACRED dataset (Zhang et al., 2017), and NYT-10 dataset (Riedel et al., 2010). While some RC datasets contain instances with no relations (negative), we ignore such instances for comparison.

We conduct comprehensive evaluations of vanilla RC models with simple strategies such as finetune or kNN on our new dataset. We also evaluate the recent state-of-the-art few-shot learning methods.

In few-shot relation classification, we intend to obtain a function F:(R,S,x)↦y. Here R={r1,…,rm} defines the relations that the instances are classified into. S is a support set

including ni instances for each relation ri∈R. For relation classification, a data instance xji is a sentence accompanied with a pair of entities. The query data x is an unlabeled instance to classify, and y∈R is the prediction of x given by F.

To evaluate this two vanilla models in few-shot RC task, we first consider two training strategies, namely Finetune and kNN. For the Finetune baseline, it learns to classify all relations on the training set with CNN/PCNN, and tune parameters on the support set. We only tune the parameters of output layer, and keep other parameters unchanged. For the kNN baseline, it also jointly classifies all relations during training, while at the test time, it uses the neural networks to embed all the instances and then adopts k-nearest-neighbor (kNN) to classify the test instances.

. If you are familiar with these methods, you can safely skip that subsection. The hyperparameters of each model are selected via grid search against the validation set.

tackles the few-shot learning problem by considering each supporting instance or query instance as a node in the graph. For those instances in the support sets, label information is also embedded into the corresponding node representations. Graph neural networks are then employed to propagate the information between nodes. A query instance is expected to receive information from support sets in order to make the classification. In our adaption, while the instances are encoded by CNNs, labels are represented by one-hot encoding.

is a meta learning model that utilizes temporal convolutional neural networks and attention modules for fast learning from past experience. SNAIL arranges all the supporting instance-label pairs into a sequence and appends the query instance behind them. Such an order agrees with the temporal order of learning process where we learn information by reading supporting instances before making predictions for unlabeled instances. Temporal convolution (a 1-D convolution) is then performed along the sequence to aggregate information across different time steps and a causally masked attention model is used over the sequence to aggregate useful information from former instances to latter ones.

Prototypical Network Snell et al. (2017) is a few-shot classification model based on the assumption that for each class there exists a prototype. The model tries to find the prototypes for classes from supporting instances, and compares the distance between the query instance and each prototype under certain distance metric. Prototypical network learns a embedding function u to embed each class’s instances, and computes each prototype by averaging over all the output embeddings of instances in the support set S that are labeled with the corresponding class.

The most challenging characteristic of our dataset is the diversity in expressing the same relation. We provide some examples from FewRel in Table 5, showing different reasoning modes needed for classifying some instances. Future researches may consider incorporating commonsense knowledge or improved causal modules.

This work is supported by the National Natural Science Foundation of China (NSFC No. 61572273, 61532010). This work is also funded by the Natural Science Foundation of China (NSFC) and the German Research Foundation (DFG) in Project Crossmodal Learning, NSFC 61621136008 / DFC TRR-169. Hao Zhu is supported by Tsinghua University Initiative Scientific Research Program. We thank all annotators for their hard work. We also thank all members from Tsinghua NLP Lab for their strong support for annotator recruitment.