Triangle counting is a fundamental technique in network analysis, that has received much attention in various input models. The vast majority of triangle counting algorithms are targeted to static graphs. Yet, many real-world graphs are directed and temporal, where edges come with timestamps. Temporal triangles yield much more information, since they account for both the graph topology and the timestamps. Temporal triangle counting has seen a few recent results, but there are varying definitions of temporal triangles. In all cases, temporal triangle patterns enforce constraints on the time interval between edges (in the triangle). We define a general notion (δ_1,3, δ_1,2, δ_2,3)-temporal triangles that allows for separate time constraints for all pairs of edges. Our main result is a new algorithm, DOTTT (Degeneracy Oriented Temporal Triangle Totaler), that exactly counts all directed variants of (δ_1,3, δ_1,2, δ_2,3)-temporal triangles. Using the classic idea of degeneracy ordering with careful combinatorial arguments, we can prove that DOTTT runs in O(mκlog m) time, where m is the number of (temporal) edges and κ is the graph degeneracy (max core number). Up to log factors, this matches the running time of the best static triangle counters. Moreover, this running time is better than existing. DOTTT has excellent practical behavior and runs twice as fast as existing state-of-the-art temporal triangle counters (and is also more general). For example, DOTTT computes all types of temporal queries in Bitcoin temporal network with half a billion edges in less than an hour on a commodity machine. 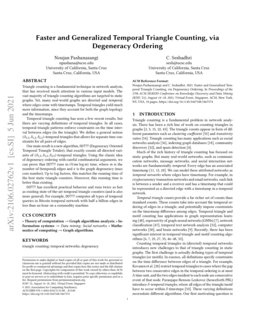 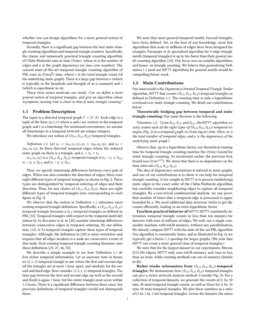 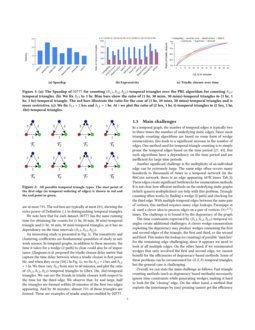 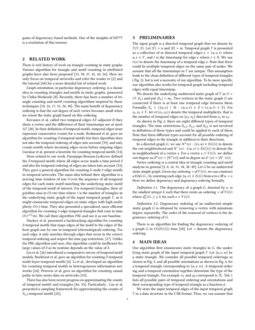