Good temporal representations are crucial for video understanding, and the state-of-the-art video recognition frame- work is based on two-stream networks. In such framework, besides the regular ConvNets responsible for RGB frame inputs, a second network is introduced to handle the temporal representation, usually the optical flow (OF). However, OF or other task-oriented flow is computationally costly, and is thus typically pre-computed. Critically, this prevents the two-stream approach from being applied to reinforcement learning (RL) applications such as video game playing, where the next state depends on current state and action choices. Inspired by the early vision systems of mammals and in- sects, we propose a fast event-driven input representation (EDR) that models several major properties of early retinal circuits1: (1) logarithmic input response, (2) multi-timescale temporal smoothing to filter noise, and (3) bipolar (ON/OFF) pathways for primitive event detection. Trading off the directional information for fast speed (> 9000 fps), EDR enables fast real-time inference/learning in video applications that require interaction between an agent and the world such as game-playing, virtual robotics, and domain adaptation. In this vein, we use EDR to demonstrate performance improvements over state-of-the-art reinforcement learning algorithms for Atari games, something that has not been possible with pre-computed OF. Moreover, with UCF-101 video action recognition experiments, we show that EDR performs near state-of-the-art in accuracy while achieving a 1,500x speedup in input representation processing ( 9K frames/sec), as compared to optical flow. 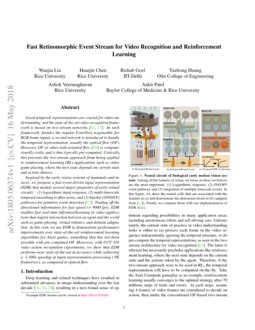 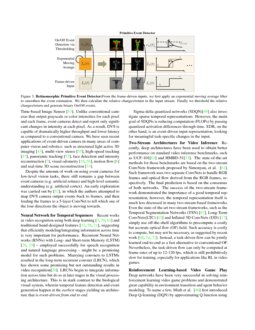 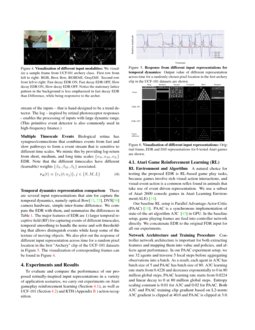 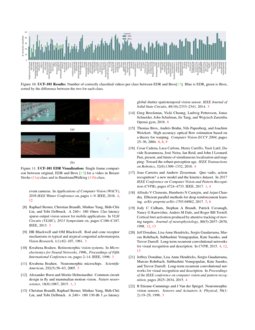 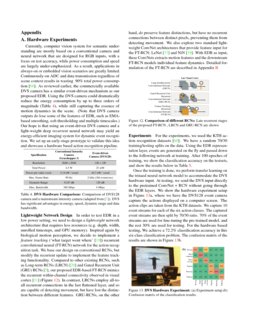 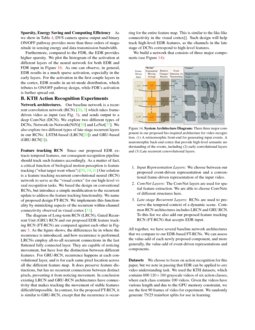