Four key processes in data integration are: data preparation (i.e., extracting, transforming, and cleaning data), schema integration (i.e., identifying attribute correspondences), entity resolution (i.e., finding clusters of records that represent the same entity) and entity consolidation (i.e., merging each cluster into a 'golden record', which contains the canonical value for each attribute). In real-world scenarios, Master Data Management (MDM) is often employed to perform the last two steps using a 'match-merge' module, which is driven by a collection of user-written match and merge rules. However, it is well understood that such solutions often fail to scale to the sizes and complexity of problems currently being addressed. Scalable solutions to entity resolution have been previously developed to generate a collection of clusters of records representing the same entity. In this paper, we propose a scalable entity consolidation algorithm to merge these clusters into 'golden records'. We first automatically generate matching rules from the clusters and then group these rules into sets with common characteristics to cut down on the number which must be verified by a human. Next, for the human-approved rule groups, we apply them to merge the duplicate attribute values in the clusters. Finally, we employ existing truth discovery methods, such as majority consensus (MC), to resolve remaining conflicts in the clusters. We applied our methods on three real-world datasets. In a dataset with 31,023 clusters and 80,451 duplicate records, 72,239 matching rules were generated. By having a human con rm only 100 algorithm-generated rule groups, we achieved a recall of 75 attribute values. When we invoked our algorithm prior to running MC, we improved the precision of golden record construction by 40 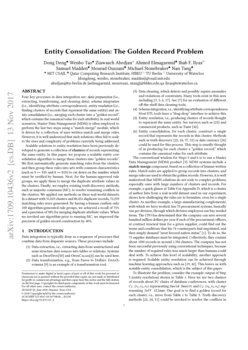 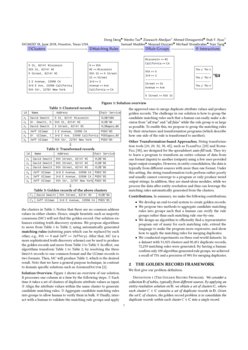 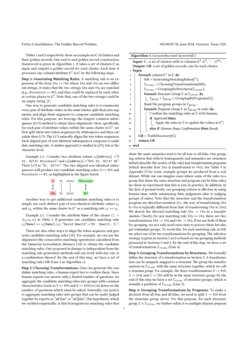 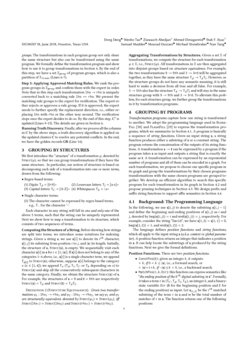