We study several iterative methods for fully coupled flow and reactive transport in porous media. The resulting mathematical model is a coupled, nonlinear evolution system. The flow model component builds on the Richards equation, modified to incorporate nonstandard effects like dynamic capillarity and hysteresis, and a reactive transport equation for the solute. The two model components are strongly coupled. On one hand, the flow affects the concentration of the solute; on the other hand, the surface tension is a function of the solute, which impacts the capillary pressure and, consequently, the flow. After applying an Euler implicit scheme, we consider a set of iterative linearization schemes to solve the resulting nonlinear equations, including both monolithic and two splitting strategies. The latter include a canonical nonlinear splitting and an alternate linearized splitting, which appears to be overall faster in terms of numbers of iterations, based on our numerical studies. The (time discrete) system being nonlinear, we investigate different linearization methods. We consider the linearly convergent L-scheme, which converges unconditionally, and the Newton method, converging quadratically but subject to restrictions on the initial guess. Whenever hysteresis effects are included, the Newton method fails to converge. The L-scheme converges; nevertheless, it may require many iterations. This aspect is improved by using the Anderson acceleration. A thorough comparison of the different solving strategies is presented in five numerical examples, implemented in MRST, a toolbox based on MATLAB. 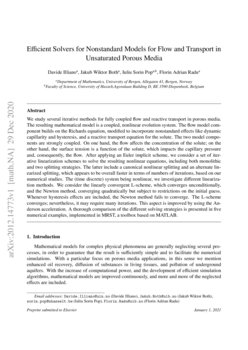 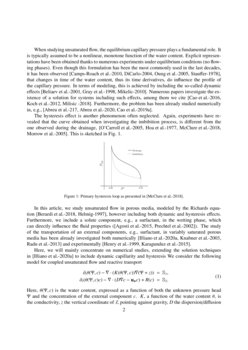 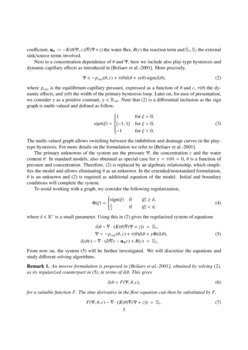 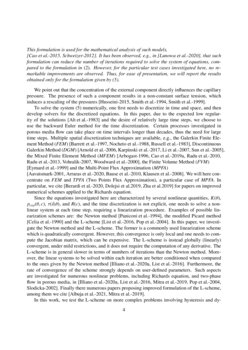