Explaining deep learning model inferences is a promising venue for scientific understanding, improving safety, uncovering hidden biases, evaluating fairness, and beyond, as argued by many scholars. One of the principal benefits of counterfactual explanations is allowing users to explore "what-if" scenarios through what does not and cannot exist in the data, a quality that many other forms of explanation such as heatmaps and influence functions are inherently incapable of doing. However, most previous work on generative explainability cannot disentangle important concepts effectively, produces unrealistic examples, or fails to retain relevant information. We propose a novel approach, DISSECT, that jointly trains a generator, a discriminator, and a concept disentangler to overcome such challenges using little supervision. DISSECT generates Concept Traversals (CTs), defined as a sequence of generated examples with increasing degrees of concepts that influence a classifier's decision. By training a generative model from a classifier's signal, DISSECT offers a way to discover a classifier's inherent "notion" of distinct concepts automatically rather than rely on user-predefined concepts. We show that DISSECT produces CTs that (1) disentangle several concepts, (2) are influential to a classifier's decision and are coupled to its reasoning due to joint training (3), are realistic, (4) preserve relevant information, and (5) are stable across similar inputs. We validate DISSECT on several challenging synthetic and realistic datasets where previous methods fall short of satisfying desirable criteria for interpretability and show that it performs consistently well and better than existing methods. Finally, we present experiments showing applications of DISSECT for detecting potential biases of a classifier and identifying spurious artifacts that impact predictions. 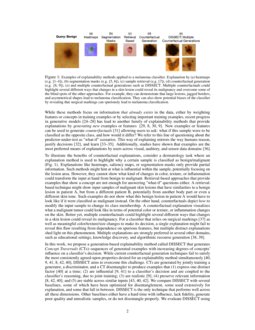 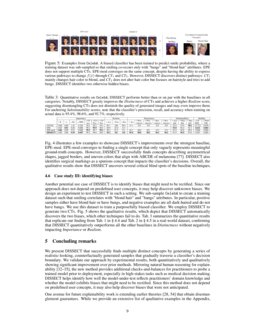 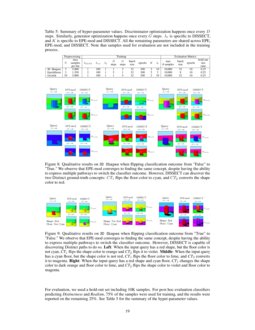 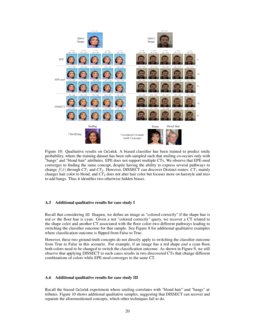