Compared to other types of social networks, criminal networks present hard challenges, due to their strong resilience to disruption, which poses severe hurdles to law-enforcement agencies. Herein, we borrow methods and tools from Social Network Analysis to (i) unveil the structure of Sicilian Mafia gangs, based on two real-world datasets, and (ii) gain insights as to how to efficiently disrupt them. Mafia networks have peculiar features, due to the links distribution and strength, which makes them very different from other social networks, and extremely robust to exogenous perturbations. Analysts are also faced with the difficulty in collecting reliable datasets that accurately describe the gangs' internal structure and their relationships with the external world, which is why earlier studies are largely qualitative, elusive and incomplete. An added value of our work is the generation of two real-world datasets, based on raw data derived from juridical acts, relating to a Mafia organization that operated in Sicily during the first decade of 2000s. We created two different networks, capturing phone calls and physical meetings, respectively. Our network disruption analysis simulated different intervention procedures: (i) arresting one criminal at a time (sequential node removal); and (ii) police raids (node block removal). We measured the effectiveness of each approach through a number of network centrality metrics. We found Betweeness Centrality to be the most effective metric, showing how, by neutralizing only the 5 identified that, due the peculiar type of interactions in criminal networks (namely, the distribution of the interactions frequency) no significant differences exist between weighted and unweighted network analysis. Our work has significant practical applications for tackling criminal and terrorist networks. 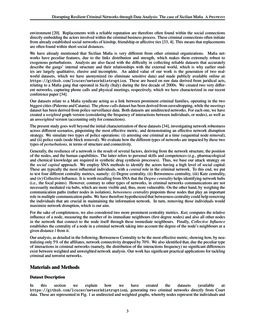 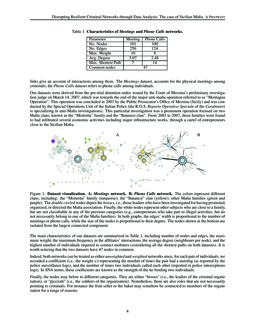 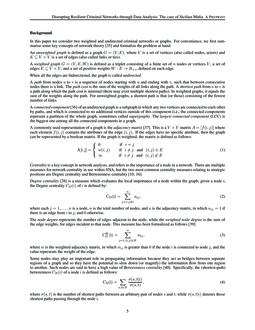 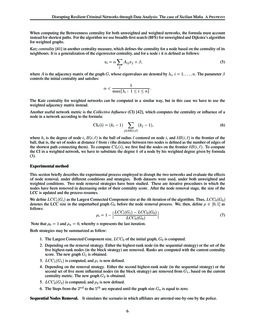 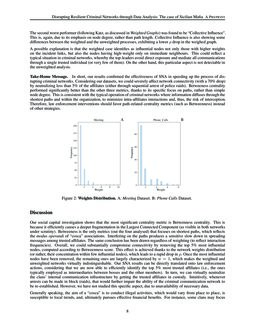 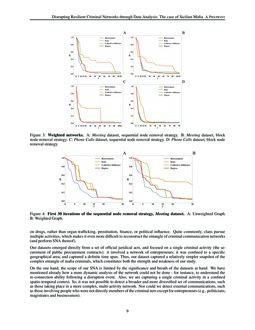 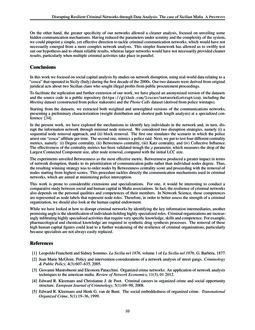 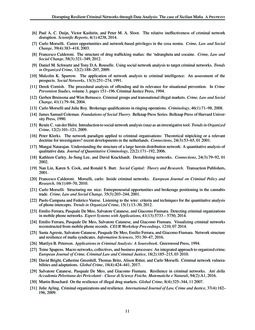