We consider a system of several collocated nodes sharing a time slotted wireless channel, and seek a MAC that (i) provides low mean delay, (ii) has distributed control (i.e., there is no central scheduler), and (iii) does not require explicit exchange of state information or control signals. The design of such MAC protocols must keep in mind the need for contention access at light traffic, and scheduled access in heavy traffic, leading to the long-standing interest in hybrid, adaptive MACs. We first propose EZMAC, a simple extension of an existing decentralized, hybrid MAC called ZMAC. Next, motivated by our results on delay and throughput optimality in partially observed, constrained queuing networks, we develop another decentralized MAC protocol that we term QZMAC. A method to improve the short-term fairness of QZMAC is proposed and analysed, and the resulting modified algorithm is shown to possess better fairness properties than QZMAC. The theory developed to reduce delay is also shown to work traffic types (batch arrivals, for example) and even in the presence of transmission errors and fast fading. Extensions to handle time critical traffic (alarms, for example) and hidden nodes are also discussed. Practical implementation issues, such as handling Clear Channel Assessment (CCA) errors, are outlined. We implement and demonstrate the performance of QZMAC on a test bed consisting of CC2420 based Crossbow telosB motes, running the 6TiSCH communication stack on the Contiki operating system over the 2.4GHz ISM band. Finally, using simulations, we show that both protocols achieve mean delays much lower than those achieved by ZMAC, and QZMAC provides mean delays very close to the minimum achievable in this setting, i.e., that of the centralized complete knowledge scheduler. 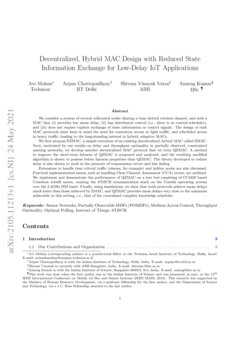 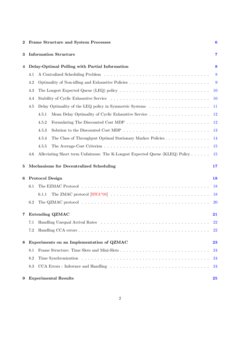 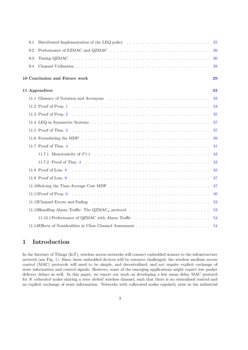 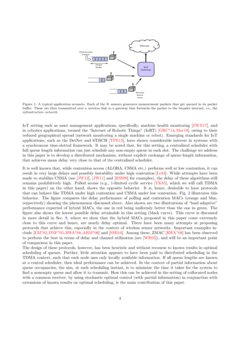