Traditional Artificial Cognitive Systems (for example, intelligent robots) share a number of limitations. First, they are usually made up only of machine components; humans are only playing the role of user or supervisor. And yet, there are tasks in which the current state of the art of AI has much worse performance or is more expensive than humans: thus, it would be highly beneficial to have a systematic way of creating systems with both human and machine components, possibly with remote non-expert humans providing short-duration real-time services. Second, their components are often dedicated to only one system, and underutilized for a big part of their lifetime. Third, there is no inherent support for robust operation, and if a new better component becomes available, one cannot easily replace the old component. Fourth, they are viewed as a resource to be developed and owned, not as a utility. Thus, we are presenting CLIC: a framework for constructing cognitive systems that overcome the above limitations. The architecture of CLIC provides specific mechanisms for creating and operating cognitive systems that fulfill a set of desiderata: First, that are distributed yet situated, interacting with the physical world though sensing and actuation services, and that are also combining human as well as machine services. Second, that are made up of components that are time-shared and re-usable. Third, that provide increased robustness through self-repair. Fourth, that are constructed and reconstructed on the fly, with components that dynamically enter and exit the system during operation, on the basis of availability, pricing, and need. Importantly, fifth, the cognitive systems created and operated by CLIC do not need to be owned and can be provided on demand, as a utility; thus transforming human-machine situated intelligence to a service, and opening up many interesting opportunities. 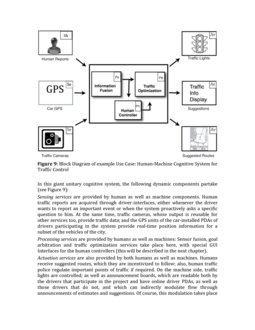 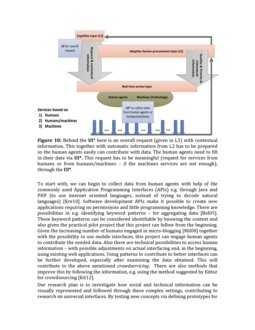 The Turing Trap: The Promise Peril of Human-Like Artificial Intelligence

On the Philosophical, Cognitive and Mathematical Foundations of Symbiotic Autonomous Systems (SAS)

I'm sorry to say, but your understanding of image processing fundamentals is absolutely wrong

The ongoing discussion whether modern vision systems have to be viewed a...
Emanuel Diamant, et al. ∙

With the increasing ubiquity of technology in our daily lives, the compl...
Srikanth Jonnada, et al. ∙