OCaml is particularly well-fitted for formal verification. On one hand, it is a multi-paradigm language with a well-defined semantics, allowing one to write clean, concise, type-safe, and efficient code. On the other hand, it is a language of choice for the implementation of sensible software, e.g., industrial compilers, proof assistants, and automated solvers. Yet, with the notable exception of some interactive tools, formal verification has been seldom applied to OCaml-written programs. In this paper, we present the ongoing project Cameleer, aiming for the development of a deductive verification tool for OCaml, with a clear focus on proof automation. We leverage on the recently proposed GOSPEL, Generic OCaml SPE cification Language, to attach rigorous, yet readable, behavioral specification to OCaml code. The formally-specified program is fed to our toolchain, which translates it into an equivalent program in WhyML, the programming and specification language of the Why3 verification framework. Finally, Why3 is used to compute verification conditions for the generated program, which can be discharged by off-the-shelf SMT solvers. We present successful applications of the Cameleer tool to prove functional correctness of several significant case studies, like FIFO queues (ephemeral and applicative implementations) and leftist heaps, issued from existing OCaml libraries. 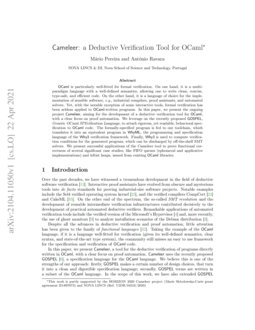 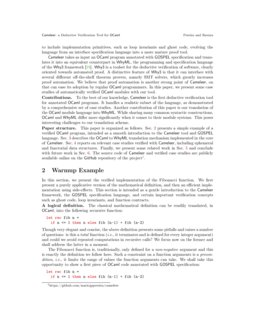 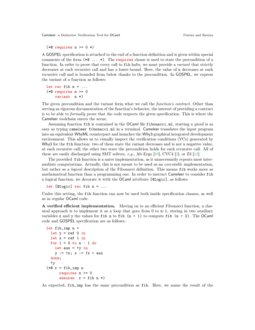 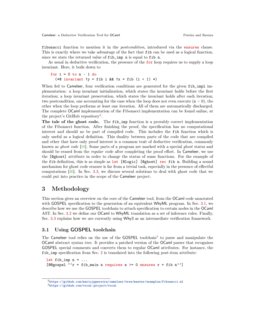 Trustworthy Refactoring via Decomposition and Schemes: A Complex Case Study

We would like to use the Coq proof assistant to mechanically verify prop...
Antal Spector-Zabusky, et al. ∙

In this article we present a tool for the verification of programs built...
Filipe Meirim, et al. ∙