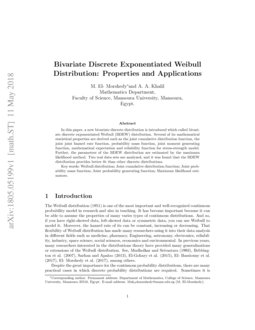 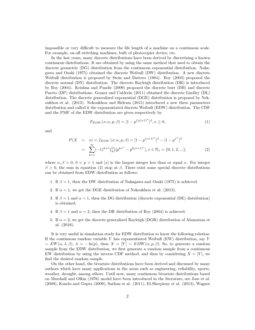 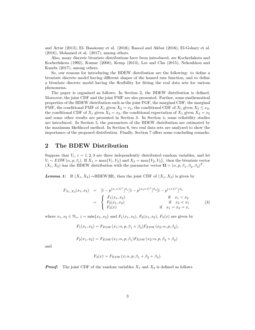 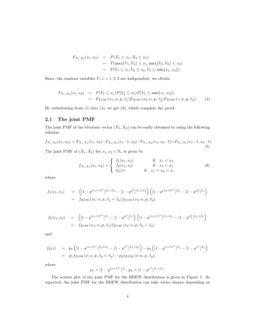 The Weibull distribution (1951) is one of the most important and well-recognized continuous probability model in research and also in teaching. It has become important because it can be able to assume the properties of many varies types of continuous distributions. And so, if you have right-skewed data, left-skewed data or symmetric data, you can use Weibull to model it. Moreover, the hazard rate of its can be constant, increasing or decreasing. That flexibility of Weibull distribution has made many researchers using it into their data analysis in different fields such as medicine, pharmacy, Engineering, astronomy, electronics, reliability, industry, space science, social sciences, economics and environmental. In previous years, many researchers interested in the distributions theory have provided many generalizations or extensions of the Weibull distribution. See, Mudholkar and Srivastara (1993), Bebbington et al. (2007), Sarhan and Apaloo (2013), El-Gohary et al. (2015), El- Bassiouny et al. (2017), El- Morshedy et al. (2017), among others.

where α,β>0, 0<p<1 and [x] is the largest integer less than or equal x. For integer β>0, the sum in equation (2) stop at β. There exist some special discrete distributions can be obtained from EDW distribution as follows:

It is very useful in simulation study for EDW distribution to know the following relation: If

,  then the bivariate vector

Since, the random variables Vi,i=1,2,3 are independent, we obtain

The joint PMF of the bivariate vector (X1,X2) can be easily obtained by using the following relation:

Some special bivariate discrete distributions are achieved from the BDEW distribution as follows:

The joint probability generating function (PGF) for any bivariate distribution is very useful and important, because we can use it to find the varies moments, and also the product moments as infinite series. The PGF of the BDEW distribution is mentioned in the following theorem.

From the definition of the joint PGF of (X1,X2), we get

The CDF of Xi given by

Because the random variables Vi,(i=1,2) and V3 are independent, we obtain

Equation (17) can be getting by using the following relation:

Equation (18) can be getting by using the following relation

Equation (19) can be getting by using the following relation

3.6 The conditional expectation of X1 given X2=x2