We consider the problem of estimation of a bivariate density function with support ×[0,∞), where a classical bivariate kernel estimator causes boundary bias due to the non-negative variable. To overcome this problem, we propose four kernel density estimators whose performances are compared in terms of the mean integrated squared error. Simulation study shows that the estimator based on our proposed normal-gamma (NG) kernel performs best, whose applicability is demonstrated using two astronomical data sets. 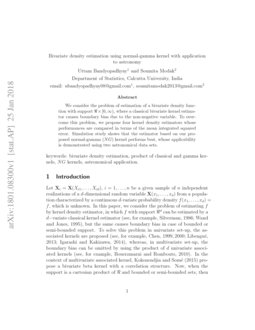 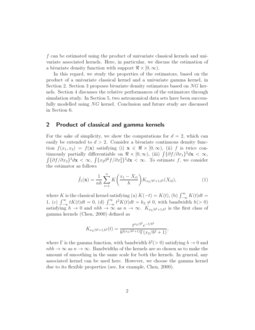 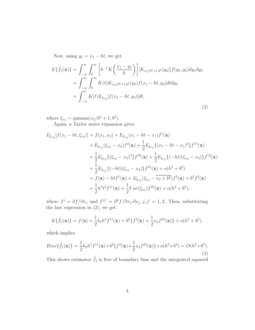 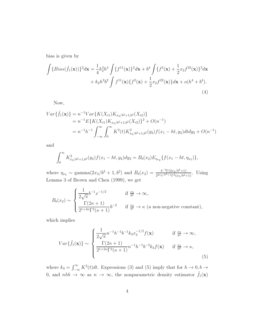 In this paper, we introduce Dirichlet kernels for the estimation of mult...
Frédéric Ouimet, et al. ∙

In this paper, we consider the alleviation of the boundary problem when ...
Yousri SLAOUI, et al. ∙

Boundary-free Estimators of the Mean Residual Life Function by Transformation

X=(X1,…,Xd)T having an unknown continuous d

f. In this chapter, we concentrate on the problem of estimating f by kernel density estimator, in which f with support Rd can be estimated by a d−variate classical kernel estimator (see, for example, Silverman, 1986; Wand and Jones, 1995). But this causes boundary bias in case of bounded or semi-bounded support. To solve this problem in univariate set-up, the associated kernels are proposed (see, for example, Chen, 1999, 2000; Libengué, 2013; Igarashi and Kakizawa, 2014), whereas, in multivariate set-up, the boundary bias can be omitted by using the product of d univariate associated kernels (see, for example, Bouerzmarni and Rombouts, 2010). In the context of multivariate associated kernel, Kokonendji and Somé (2018) propose a bivariate beta kernel with a correlation structure. Now, when the support is a cartesian product of R and bounded or semi-bounded sets, f can be estimated using the product of univariate classical kernels and univariate associated kernels. Here, in particular, we consider the estimation of a bivariate density function with support R×[0,∞).

2 Product of classical and gamma kernels

where Γ is the gamma function, with bandwidth b2(>0) satisfying b→0 and nhb→∞ as n→∞. Bandwidths of the kernels are so chosen as to make the amount of smoothing in the same scale for both the kernels. In general, any associated kernel can be used here. However, we choose the gamma kernel due to its flexible properties (see, for example, Chen, 2000).

Combining (2) and (6), the mean integrated squared error (MISE) is obtained as

and the leading terms in (7) give the expression of the corresponding asymptotic mean integrated squared error (AMISE). AMISE is optimal for hopt=h0n−1/6 and bopt=b0n−1/6, where h0 and b0 are constants, i.e. the optimal bandwidths for kernel density estimator ^f1 are O(n−1/6) and O(n−1/3) which give AMISE{^f1(x)}opt as

Another estimator of f is considered as

which shows the boundary unbiasedness of estimator ^f2 and for a non-negative constant κ,

which corresponds to AMISEopt, given by

Observe that AMISEopt{^f1(x)}≥AMISEopt{^f2(x)} implies ^f2 is expected to have a better asymptotic performance than ^f1.

of a bivariate normal-gamma distribution defined as (Bernardo and Smith,

with μ∈R,λ>0,α>0,β>0, where N and Ga, respectively, stand for normal and gamma distributions. Using (3), we define the following estimator of f as

which shows estimator ^f3 is free of boundary bias, and the integrated squared bias is

for non-negative constants κ1,κ2 (see, Appendix A.2), and

Now, combining (3) and (3), we get the expression of the MISE as follows