In silico models of cardiac electromechanics couple together mathematical models describing different physics. One instance is represented by the model describing the generation of active force, coupled with the one of tissue mechanics. For the numerical solution of the coupled model, partitioned schemes, that foresee the sequential solution of the two subproblems, are often used. However, this approach may be unstable. For this reason, the coupled model is commonly solved as a unique system using Newton type algorithms, at the price, however, of high computational costs. In light of this motivation, in this paper we propose a new numerical scheme, that is numerically stable and accurate, yet within a fully partitioned (i.e. segregated) framework. Specifically, we introduce, with respect to standard segregated scheme, a numerically consistent stabilization term, capable of removing the nonphysical oscillations otherwise present in the numerical solution of the commonly used segregated scheme. Our new method is derived moving from a physics-based analysis on the microscale energetics of the force generation dynamics. By considering a model problem of active mechanics we prove that the proposed scheme is unconditionally absolutely stable (i.e. it is stable for any time step size), unlike the standard segregated scheme, and we also provide an interpretation of the scheme as a fractional step method. We show, by means of several numerical tests, that the proposed stabilization term successfully removes the nonphysical numerical oscillations characterizing the non stabilized segregated scheme solution. Our numerical tests are carried out for several force generation models available in the literature, namely the Niederer-Hunter-Smith model, the model by Land and coworkers, and the mean-field force generation model that we have recently proposed. Finally, we apply the proposed scheme [...] 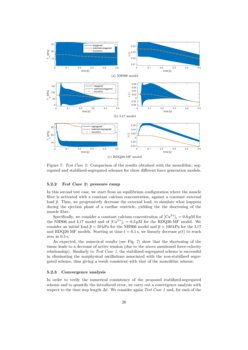 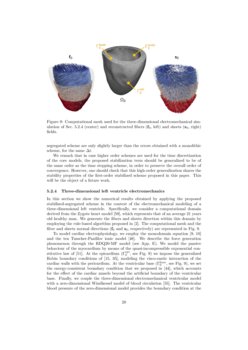 In this paper, we develop a first order (in time) numerical scheme for t...
Yuzhe Qin, et al. ∙

The Newton Scheme for Deep Learning