Global warming has caused species that are sensitive to temperature to migrate to new habitats. Two oceanic fish species in the Atlantic Ocean, herring and mackerel, are typical examples of such phenomenon, as the evidence clearly indicates that both species have been moved by global warming. This poses a challenge for the Scottish fishing industries: if fish populations migrate, their harvest will be affected. In this essay, we construct a Marine Fish Distribution Shift model to predict the future dynamics of herring and mackerel populations. Sea Surface Temperature (SST), plankton biomass concentration (food availability) and two major physiological events - spawning and growth - are the major factors in our model, and data of each factor is collected from world authorities. Since the data of plankton biomass and fish population consists of data measured at random, discrete points in the sea, Gaussian Kernel Density Estimation is used to process the data, transforming the sea into grids, each of which has estimated values of plankton biomass and fish population density after processing. Then, we innovatively use Gaussian Convection \& Diffusion Equation to simulate the movement of fish populations. Since sea surface temperature changes every year due to global warming, the horizontal velocity $u$ and vertical velocity $v$ in the convection equation update every year. Therefore, Gravity Model and Individual-Based Model are employed to derive a function of the velocity vector, which is determined by the gravity produced by the grid with optimal temperature for spawning and that produced by the grid with maximum food availability. Since there are multiple predictions of the speed with which global temperature will rise, three distinct simulations - the best case, worst case, and the most likely case - are conducted. Scottish fishing industries are particularly concerned about when herring and mackerel populations will be too far away to harvest. We give “small fishing companies” and “harvest” clearer definitions in our model, and each simulation produces an estimation of the elapsed time until the fishes are too far to harvest. Based on the results of our simulation, an Integer Programming Model is designed to generate optimal strategy for small fishing companies. There are generally two options: relocating their companies and purchasing bigger ships. The optimal strategy produced by our model can clearly indicate to which port the company should relocate and what combination of small boat and big boat should the company purchase. Precise strategy varies from company to company, but there are some general strategies that are applicable to most small companies: 1. Relocate their companies to West Coast of Scotland. According to our simulation, herrings, which live on the right side of the United Kingdom, will migrate towards the South and exit Scottish water; on the contrary, mackerels, which live on the left side of UK, will migrate towards the North and enter Scottish water. Therefore, in the future, fish will be much more abundant on West Scotland Coast than on East Scotland Coast. 2. Purchase more small boats than big boats. According to our simulation, mackerel populations will concentrate near the West Scotland Coast, which means small companies do not have to sail into deep sea to harvest them. In short, with authoritative source of oceanographic data, careful consideration of the two fish’s spawning and breeding habits, comprehensive methodology consisting convection-diffusion equations, Individual-Based Model and integer programming, our models are able to give a reliable prediction of the distribution shift of herring and mackerel and reasonable strategies for small fishing companies under global warming. 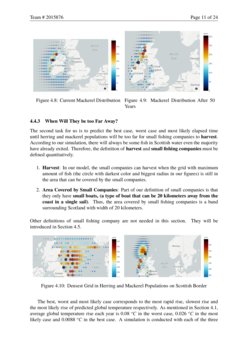 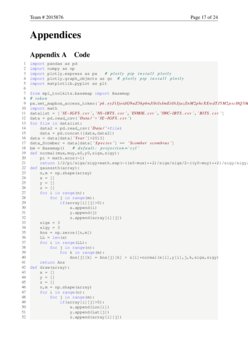 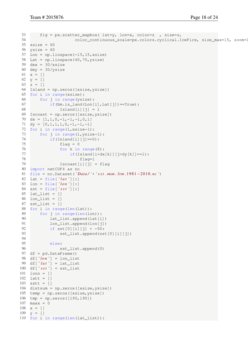 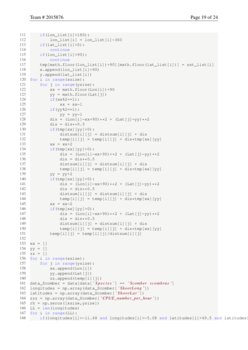 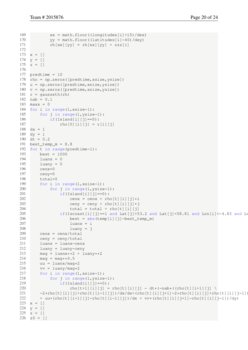 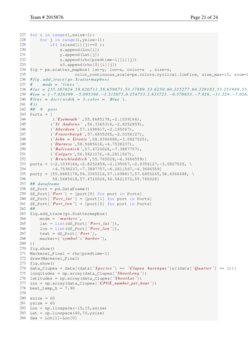 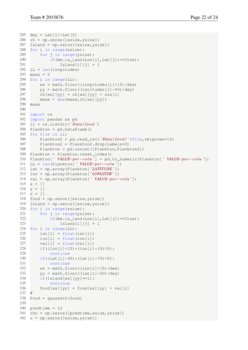 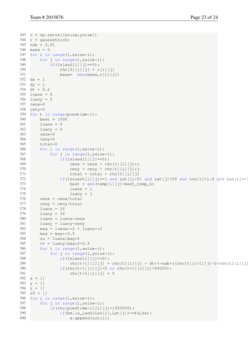 One of the varieties of pores, often found in natural or artificial buil...
Eduard G. Nikonov, et al. ∙

We model a situation in which a collection of species derive their fitne...
Tung Mai, et al. ∙

Spatio temporal data are more ubiquitous and richer than even before and...
Aristides Moustakas, et al. ∙

Controls on the distribution of deep-sea sediments