The FE^2 homogenization algorithm for multiscale modeling iterates between the macroscale and the microscale (represented by a representative volume element) till convergence is achieved at every increment of macroscale loading. The information exchange between the two scales occurs at the gauss points of the macroscale finite element discretization. The microscale problem is also solved using finite elements on-the-fly thus rendering the algorithm computationally expensive for complex microstructures. We invoke machine learning to establish the input-output causality of the RVE boundary value problem using a neural network framework. This renders the RVE as a blackbox which gets the information from the macroscale as an input and gives information back to the macroscale as output, thereby eliminating the need for on-the-fly finite element solves at the RVE level. This framework has the potential to significantly accelerate the FE^2 algorithm. 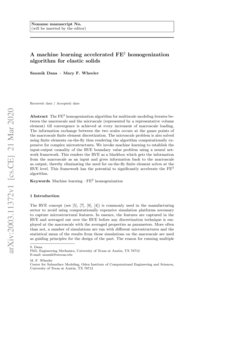 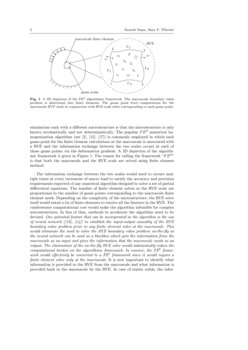 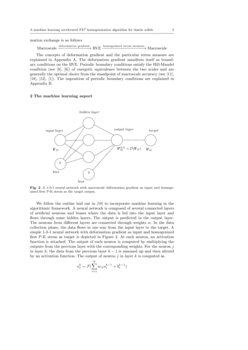 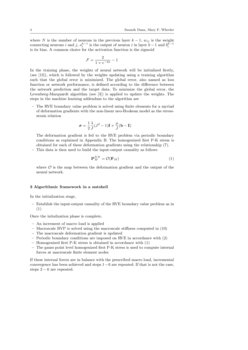 The RVE concept (see hashin-1962 , hill-1963 , hill-1972 , hashin-1983 ) is commonly used in the manufacturing sector to avoid using computationally expensive simulation platforms necessary to capture microstructural features. In essence, the features are captured in the RVE and averaged out over the RVE before any discretization technique is employed at the macroscale with the averaged properties as parameters. More often than not, a number of simulations are run with different microstructures and the statistical mean of the results from those simulations on the macroscale are used as guiding principles for the design of the part. The reason for running multiple simulations each with a different microstructure is that the microstructure is only known stochastically and not deterministically. The popular FE2 numerical homogenization algorithm (see geers , ozdemir-2008 , schroder-2014 ) is commonly employed in which each gauss point for the finite element calculations at the macroscale is associated with a RVE and the information exchange between the two scales occurs at each of those gauss points via the deformation gradient. A 2D depiction of the algorithmic framework is given in Figure 1. The reason for calling the framework “FE2” is that both the macroscale and the RVE scale are solved using finite element method.

The information exchange between the two scales would need to occure multiple times at every increment of macro load to satisfy the accuracy and precision requirements expected of any numerical algorithm designed to solve a set of partial differential equations. The number of finite element solves at the RVE scale are proportional to the number of gauss points corresponding to the macroscale finite element mesh. Depending on the complexity of the microstructure, the RVE solve itself would entail a lot of finite elements to resolve all the features in the RVE. The cumbersome computational cost would make the algorithm infeasible for complex microstructures. In lieu of that, methods to accelerate the algorithm need to be devised.

to incorporate machine learning in the algorithmic framework. A neural network is composed of several connected layers of artificial neurons and biases where the data is fed into the input layer and flows through some hidden layers. The output is predicted in the output layer. The neurons from different layers are connected through weights

w. In the data collection phase, the data flows in one way from the input layer to the target. A simple 1-3-1 neural network with deformation gradient as input and homogenized first P-K stress as target is depicted in Figure 2

. At each neuron, an activation function is attached. The output of each neuron is computed by multiplying the outputs from the previous layer with the corresponding weights. For the neuron

j in layer k, the data from the previous layer k−1 is summed up and then altered by an activation function. The output of neuron j in layer k is computed as

where N is the number of neurons in the previous layer k−1, wij is the weight connecting neurons i and j, ok−1i is the output of neuron i in layer k−1 and bk−1i is its bias. A common choice for the activation function is the sigmoid

In the training phase, the weights of neural network will be initialized firstly, (see nguyen

), which is followed by the weights updating using a training algorithm such that the global error is minimized. The global error, also named as loss function or network performance, is defined according to the difference between the network prediction and the target data. To minimize the global error, the Levenberg-Marquardt algorithm (see

hagan ) is applied to update the weights. The steps in the machine learning addendum to the algorithm are

3 Algorithmic framework in a nutshell

In the initialization stage,

Once the initalization phase is complete,

If these internal forces are in balance with the prescribed macro load, incremental convergence has been achieved and steps 1−6 are repeated. If that is not the case, steps 2−6 are repeated.

Appendix A The deformation gradient and first P-K stress

The typical RVE for imposition of periodic boundary conditions is shown in Figure 4. After each macroscale BVP solve, the deformation gradient is updated and the new position vectors of the vertices of the RVE are obtained using

where b is the body force vector. The macroscale incremental constitutive law is

is the fourth order macroscale material property tensor. The determination of

CM proceeds as follows: First, the RVE scale linear momemtum balance is expressed in the indicial notation as

is used to denote the spatial derivative in the reference configuration. Before we proceed, we assume that the body force is zero, and obtain the following using chain rule for differentiation

We know that the RVE level BVP is also solved using finite elements. Let Np be the number of boundary nodes for the RVE scale discretized domain and let f(i)p be the force on ith boundary node. We can rewrite (6) as

where the matrix KRVE is dictated by the microstructure and is known apriori. We knock off DOFs corresponding to internal nodes to obtain

The incremental macroscopic first PK stress is obtained as