Molecular photo-switches as, e.g., azobenzene molecules allow, when embedded into a polymeric matrix, for photo-active polymer compounds responding mechanically when exposed to light of certain wavelength. Photo-mechanics, i.e. light-matter interaction in photo-active polymers holds great promise for, e.g., remote and contact-free activation of photo-driven actuators. In a series of earlier contributions, Oates et al. developed a successful continuum formulation for the coupled electric, electronic and mechanical problem capturing azobenzene polymer compounds, thereby mainly focussing on geometrically linearized kinematics. Building on that formulation, we here explore the variational setting of a geometrically exact continuum framework based on Dirichlet's and Hamilton's principle as well as, noteworthy, Hamilton's equations. Thereby, when treating the dissipative case, we resort to incremental versions of the various variational problems via suited incorporation of a dissipation potential. In particular, the Hamiltonian setting of geometrically exact photo-mechanics is up to now largely under-explored even for the energetic case, arguably since the corresponding Lagrangian is degenerate in Dirac's sense. Moreover, in general, the Hamiltonian setting of dissipative dynamical systems is a matter of ongoing debate per se. In this contribution, by advocating a novel incremental version of the Hamiltonian setting exemplified for the dissipative case of photo-mechanics, we aim to also unify the variational approach to dissipative dynamical systems. Taken together, the variational setting of a geometrically exact continuum framework of photo-mechanics paves the way for forthcoming theoretical and numerical analyses. 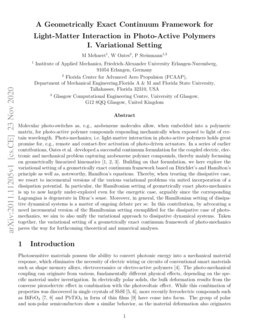 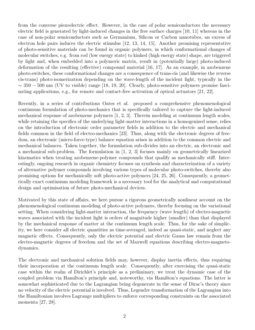 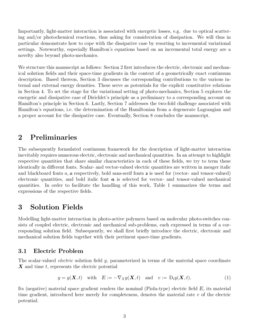 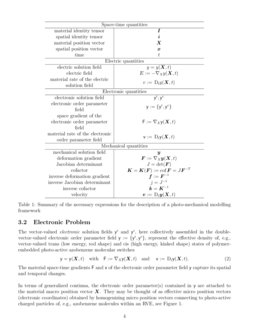