A Comparative Analysis of the Ensemble Methods for Drug Design

Quantitative structure-activity relationship (QSAR) is a computer modeling technique for identifying relationships between the structural properties of chemical compounds and biological activity. QSAR modeling is necessary for drug discovery, but it has many limitations. Ensemble-based machine learning approaches have been used to overcome limitations and generate reliable predictions. Ensemble learning creates a set of diverse models and combines them. In our comparative analysis, each ensemble algorithm was paired with each of the basic algorithms, but the basic algorithms were also investigated separately. In this configuration, 57 algorithms were developed and compared on 4 different datasets. Thus, a technique for complex ensemble method is proposed that builds diversified models and integrates them. The proposed individual models did not show impressive results as a unified model, but it was considered the most important predictor when combined. We assessed whether ensembles always give better results than individual algorithms. The Python code written to get experimental results in this article has been uploaded to Github (https://github.com/rifqat/Comparative-Analysis). 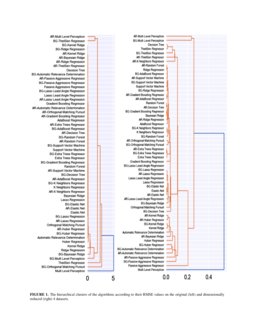 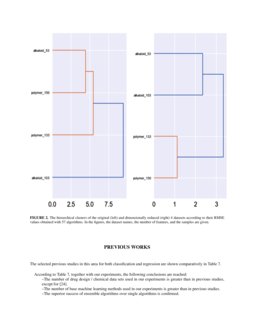 In this paper, we present a novel method for analysis and segmentation o...
Andrija Štajduhar, et al. ∙

QSAR simulations help rank the hit line of a large number of chemicals in terms of their desired biological activity and greatly reduces the number of candidates for testing. QSAR modeling has become a common process in pharmacology, but with all the progress of QSAR, even after the well-known article by a group of co-authors [2] , there are many limitations [3, 4].

For example: the data may include more than hundreds of thousands of compounds, or, on the contrary, a very small sample; each compound can be represented by multiple descriptors; some features are highly correlated; it is assumed that the dataset contains some errors as relationships are estimated through in-situ experiments. Due to these and other limitations for predicting a QSAR based model, it is difficult to achieve a reliable prediction result.

In forecasting based on QSAR, machine learning approaches were applied: linear regression models [5] and Bayesian neural networks [6-8] were used. The random forest (RF) [9,10] deserves special mention - it is the most frequently used algorithm with a high level of predictability, simplicity, and reliability. RF is a kind of ensemble method based on sets of decision trees that can prevent overfitting. RF is considered the gold standard in this area, so new QSAR forecasting methods are often compared in performance with this algorithm.

The well-known Merck Kaggle competition in 2012 drew people’s attention to neural networks. The winning team used multitasking neural networks (MTNN) [11]. The fundamental learning structure is based on simple feedforward neural networks; it avoids overfitting by studying multiple biological analyzes at the same time. The team achieved results that consistently outperformed the random forest algorithm. Despite achieving high performance with a multitasking neural network, this team ended up using an ensemble combining different methods. RF, and many of the algorithms in the famous Kaggle competition used ensemble learning, a technique that creates a set of training models and combines multiple models to produce final predictions. It has been shown theoretically and empirically that the predictive power of ensemble learning is superior to the predictive power of an individual algorithm even if the last are accurate and diverse [12-15]. Ensemble learning manages the strengths and weaknesses of learning individual algorithms, similar to consensus decision making in critical situations.

The article consists of the following sections: in section 2 we described ensemble and base regression algorithms, dimension reduction process, dataset collection. In section 3 presented the results of simulation running and their discussion. In conclude part (section 4) we showed the previous works in order to detailed the success of our results in comparing with achievements from different studies.

Bagging/bootstrapping (BG): Bagging generates N new equal-sized datasets from the original dataset by selecting samples with a replacement [26]. The base algorithms are trained with the datasets. The independence of the individual results is confirmed in the experiments to some degree. N was chosen as 10 in our experiments. The results of the base algorithms are simply averaged to produce the ensemble result.

In our study, 19 regression algorithms were used as base learners in the ensembles. They are as follows:

Lasso: The Lasso is a linear model that estimates sparse coefficients. It is useful in some contexts due to its tendency to prefer solutions with fewer non-zero coefficients, effectively reducing the number of features upon which the given solution is dependent. For this reason Lasso and its variants are fundamental to the field of compressed sensing. Under certain conditions, it can recover the exact set of non-zero coefficients [26].

Ridge: This model solves a regression model where the loss function is the linear least squares function and regularization is given by the l2-norm. Also known as Ridge Regression or Tikhonov regularization. This estimator has built-in support for multi-variate regression[27].

ElasticNet: ElasticNet is a linear regression model trained with both ℓ1 and ℓ2-norm regularization of the coefficients. This combination allows for learning a sparse model where few of the weights are non-zero like Lasso, while still maintaining the regularization properties of Ridge[28].

Orthogonal Matching Pursuit (OMP): OMP is based on a greedy algorithm that includes at each step the atom most highly correlated with the current residual. It is similar to the simpler matching pursuit (MP) method, but better in that at each iteration, the residual is recomputed using an orthogonal projection on the space of the previously chosen dictionary elements[29].

Passive Aggressive Algorithms: The passive-aggressive algorithms are a family of algorithms for large-scale learning. They are similar to the Perceptron in that they do not require a learning rate. However, contrary to the Perceptron, they include a regularization parameter C [32].

Theil-Sen estimator: TheilSenRegressor is comparable to the Ordinary Least Squares (OLS) in terms of asymptotic efficiency and as an unbiased estimator. In contrast to OLS, Theil-Sen is a non-parametric method which means it makes no assumption about the underlying distribution of the data. Since Theil-Sen is a median-based estimator, it is more robust against corrupted data aka outliers. In univariate setting, Theil-Sen has a breakdown point of about 29.3% in case of a simple linear regression which means that it can tolerate arbitrary corrupted data of up to 29.3% [33].

Huber Regression: This makes sure that the loss function is not heavily influenced by the outliers while not completely ignoring their effect[34].

Decision Tree Regressor (DTR): The goal is to create a model that predicts the value of a target variable by learning simple decision rules inferred from the data features [37].

Random Forest Regressora: Random forest is a meta estimator that fits a number of classifying decision trees on various sub-samples of the dataset and uses averaging to improve the predictive accuracy and control over-fitting[38].

Extra-Trees Regressor: This class implements a meta estimator that fits a number of randomized decision trees various sub-samples of the dataset and uses averaging to improve the predictive accuracy and control over-fitting[39].

Nearest Neighbors Regression: Neighbors-based regression can be used in cases where the data labels are continuous rather than discrete variables. The label assigned to a query point is computed based on the mean of the labels of its nearest neighbors [40].

Multi-layer Perceptron regressor(MLPR): MLPRegressor trains iteratively since at each time step the partial derivatives of the loss function with respect to the model parameters are computed to update the parameters. It can also have a regularization term added to the loss function that shrinks model parameters to prevent overfitting. This implementation works with data represented as dense and sparse numpy arrays of floating point values [41].

Drug design datasets generally have a very large number of features. In our study, the original datasets and their dimensionally reduced versions are used. By doing so, the effects of the feature selection process on the accuracies of the algorithms are investigated. The accuracies over the original and dimensionally reduced datasets are compared. The Random Forest Importances method is used for feature selection [42].

Nineteen base regressors were used together with each ensemble algorithm on 4 regression-type drug design problems. Before simulation we have posed the same questions as in the article [24], since these are the most important characteristics of ensemble methods:

To answer these questions, 57 algorithms ((2 ensemble + 1 single) x (19 base algorithms) = 57) were employed on the 4 drug design datasets described in Table 1 and their dimensionally reduced versions. A cross validation was used and the RMSE results were averaged.

The RMSE is defined as:

In the cross-validation methodology, the dataset is randomly divided after shuffling into 2 halves. One half is used in the training and the other is used in the testing. This validation is repeated 5 times. In the results of this validation, 5 estimates of testing the RMSE were obtained for each algorithm and each dataset. In some experiments, very high RMSE results were obtained, especially with the simple linear regression algorithm disturbing the overall averages. Because of this, the performance comparisons of the algorithms were done with the algorithms’ success ranking instead of the averaged RMSEs. In each experiment, the averaged cross-validation RMSEs were sorted in ascending order. The algorithm with the lowest RMSE got the 1st ranking. The worst got the 57th ranking. These success rankings are given in Tables 2 and 3. In Table 2. the results with the original datasets are shown. In Table 3, the results with the dimensionally reduced datasets are shown. The 4 datasets are ordered along the columns of the tables. The algorithms are ordered along the rows of the tables. The average success rate and standard deviation of each algorithm are shown in the last 2 columns.

When Tables 2, 3,4,5 are investigated, the following conclusions are reached. For the experiments with the original datasets (Tables 2 and 4): –The best ranking performance (5.75) is obtained with the Extra Trees Regressor algorithm. –The best performed ensemble algorithms are additive regression (AR).

–The best performed base algorithm is Support Vector Machine.

When Table 6 is investigated, the following conclusions are reached:          –The best performing algorithms are generally ensemble algorithms. This is in agreement with the average          success of the algorithms.          –experiments with dimensional reduced data sets do not have better results than the original data sets, except          for 1 data set (polymer_133).

According to Figure 1, the following conclusions are reached:          –In both figures, the ensemble-algorithm pairs are generally clustered with their base single algorithms.          –The feature selection process does not affect the similarities of the algorithms dramatically.

The selected previous studies in this area for both classification and regression are shown comparatively in Table 7.

In machine learning, committee algorithms (ensembles), especially those with classification applications, are highly popular because they have better performances than single algorithms.

The authors would like to express their sincere gratitude to the Ministry of innovative development of the Republic of Uzbekistan (Grant FA-tech-3018-4). The authors are is also thankful to several colleagues in both laboratories, who were engaged in many scientific discussions that helped the authors formulate the best current practices modeling discussed herein.