The question of encoding movements such as those produced by human gestures may become central in the coming years, given the growing importance of movement data exchanges between heterogeneous systems and applications (musical applications, 3D motion control, virtual reality interaction, etc.). For the past 20 years, various formats have been proposed for encoding movement, especially gestures. Though, these formats, at different degrees, were designed in the context of quite specific applications (character animation, motion capture, musical gesture, biomechanical concerns...). The article introduce a new file format, called GMS (for 'Gesture and Motion Signal'), with the aim of being more low-level and generic, by defining the minimal features a format carrying movement/gesture information needs, rather than by gathering all the information generally given by the existing formats. The article argues that, given its growing presence in virtual reality situations, the "gesture signal" itself must be encoded, and that a specific format is needed. The proposed format features the inner properties of such signals: dimensionality, structural features, types of variables, and spatial and temporal properties. The article first reviews the various situations with multisensory virtual objects in which gesture controls intervene. The proposed format is then deduced, as a mean to encode such versatile and variable "gestural and animated scene". 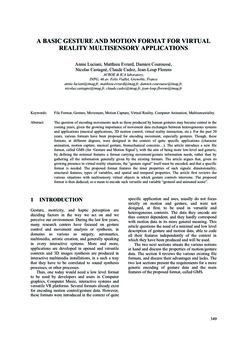 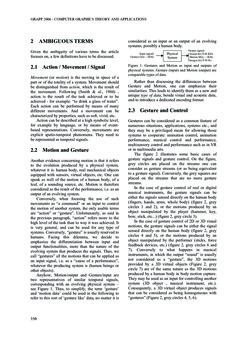 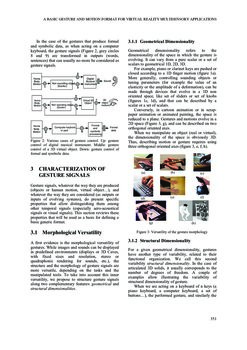 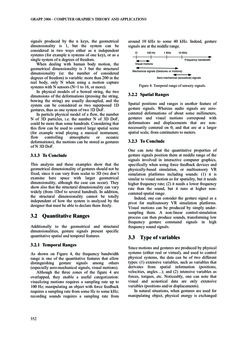 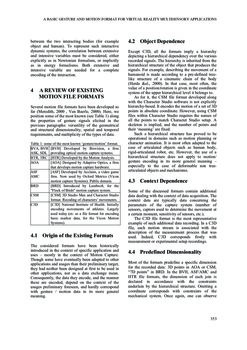 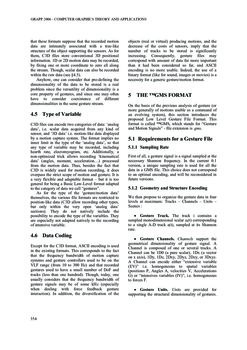 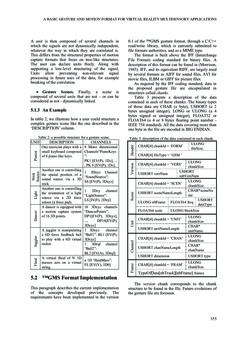 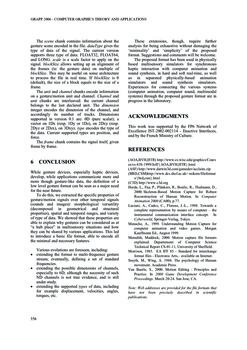 Creative Action at a Distance: A Conceptual Framework for Embodied Performance With Robotic Actors

When animation of a humanoid figure is to be generated at run-time, inst...
Richard Kennaway, et al. ∙