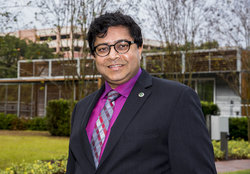 I like to learn about how our minds work, how we can sense, to attend, and be conscious about things in the world. My focus has been mostly on the visual modality. I follow the works of the human perception researchers (in particular the Gestaltists), neuroscientists (in particular those who are trying to build circuit-level abstractions of neural connections), cognitive scientists (who also are computer scientists in their thinking), and consciousness researchers (in particular those who emphasize the subjective experience). Based on this understanding, I try to build computer algorithms that can replicate some of these functions on computers, such as the ability to find organized structures in images and video (perceptual organization), ability to recognize others (face, gait recognition),  and more recently the role of prior knowledge (or long-term memory) in image and video understanding.