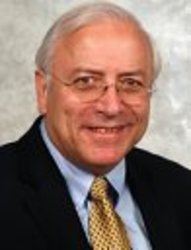 The Professors of Statistics, the Department of Machine Learning, Heinz College and Cylab at Carnegie Mellon University have been Stephen Elliott Fienberg.

He was a 1980 professor at Carnegie Mellon University and a Dean of the Dietrich College of Humanities and Social Sciences, and in 1998 he became a U.S. citizen. He wrote over 400 papers, including six books, advised more than 30 doctoral students, and was able to draw more than 105 offspring from his mathematical genealogy. Fienberg was one of the most distinguitively social statisticians worldwide and is known for his work in categorical loglinear modelling, network statistical analysis and disclosure limitation methodology. He has written and co-authored books on categorical data analysis, census adaptation and forensics. He was the founder and editor of the Privacy and Privacy Journal.