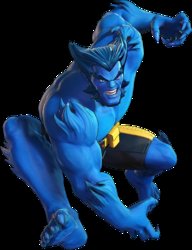 MICHAEL JACKSON COULD HAVE BEEN SPIDER-MAN

In the early '90s, Michael Jackson tried to buy Marvel Comcis - possibly to get the rights to the Spider-Man character, produce a movie starring him, and star in it. "I knew Michael Jackson. And based on what he discussed with me, it seemed to me that he wanted to be Spider-Man. That was a character he was interested in," Stan Lee told Moviefone. According to Stan Lee, Michael Jackson would have made a very good Spider-Man.
To learn about the smartest Marvel heroes you can read here: https://geekvibesnation.com/the-top-10-smartest-marvel-characters/
DR. DOOM INSPIRED DARTH VADER
Star Wars creator George Lucas was a big fan of Marvel Comics, and the inspiration for the Darth Vader image he came up with was Dr. Doom, the nemesis of the Fantastic Four.
MARVEL AND THE ZOMBIES
After the release of the comic book Tale of the Zombie in 1973, Marvel made the word "zombie" a trademark and gained the exclusive right to use it in comic books. In 1996, the company relinquished that right
$220 FOR VENOM.
The black costume for Spider-Man was invented by Marvel Comics reader Randy Schueller. Marvel's editor-in-chief at the time liked the idea, and the author of the idea was written a check for $220. This black costume later became the basic costume for the new supervillain, Venom.
MARIO PUSO'S ATTEMPT.
Mario Puzo, author of the novel The Godfather, once tried to write a script for a comic book, but ended up finding it too difficult. Stan Lee recalled in his biography that Puzo told him, "I can write a novel in the time it takes me to figure out how everything [in comics] works.
FIRST SUPERHERO

The first superhero Marvel invented was Torch Man (not to be confused with the character of the same name in the Fantastic Four comic book series). He was an android who could control fire. A comic book about him was first published in 1939 and sold 800,000 copies.

GREY HULK
Stan Lee had originally planned to make the Hulk's skin gray. But due to a typographical error in the first issue of the comic where the character appears, he was printed in green. Stan Lee approved this option.
SUPERHERO HYPHENATION.
"Spider-Man" is spelled with a hyphen because that's how Stan Lee wanted the spelling of this superhero's name to be different from "Superman."
MILLENNIUM SPOILER
Marvel Publishing released its comic book adaptation of Star Wars in March 1977, two months before the premiere of the movie of the same name. True, the cover said that the comic book came out in July.
THE INHUMAN NATURE OF THE X-MEN
In 1994, the U.S. government raised the import duty on toys that depict humans. Action figures of Marvel characters were produced in China and then imported into the United States. And to avoid paying the extra duty, the company proved that the X-Men were not humans, but mutants. Accordingly, the importation of figures depicting these characters should be subject to a reduced tax.
DELAYING "DAREDEVIL" HAS SPAWNED "AVENGERS"
Stan Lee and his colleagues were on a roll in the early 1960s, creating hero after hero, many of whom are now at the height of their popularity. However, when printing problems caused delays in the first issue of Daredevil, Stan Lee came up with the idea of assembling several existing Marvel heroes into a team that would rival DC's Justice League. Thus came the Avengers, which filled the gap created by Daredevil.
Marvel did not register the Avengers until 1970.
It took Marvel a long time to realize that they had a hit on their hands with "The Avengers." But because they didn't make a move on the famous team name until 1967, the process dragged on until as late as 1970. This delay caused problems in the UK over the next few decades: a series with the same name, The Avengers, was ahead of the comics, causing the company to have to come up with a new name for the superhero team. They settled on "Avengers Assemble!" (Avengers Assemble), a phase that was never used in the movie.
THEY FOUGHT THE JUSTICE LEAGUE
Marvel and DC superheroes have met several times, but by far one of the best crossovers was Justice League/Avengers. In this series, both teams of heroes visited each other's planets, and viewers could see the vast differences between them. And while the series was crammed with the battles fans always wanted to see, things only got better when they teamed up. Where else can you see Superman wielding the shield of Captain America and the hammer of Thor?