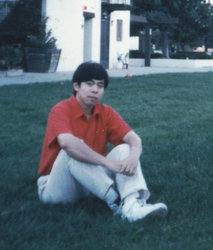 I am Bin Jiang, professor of mathematics at Portland State University with research interest in Mathematical Computing and Machine Learning. After receiving PhD in mathematics and MS in computer science from University of California at Santa Barbara in 1999 when IT industry was booming rapidly, I joined ESRI, the GIS world leader headquartered in Redlands California, as a software engineer and spent four exciting years there for software development, from ArcGIS 8.1 in 1999 until ArcGIS 9.2 in 2003. However, my childhood dream of being a mathematician never dwindled away although I was aware of the salary difference between a software engineer and a math professor. I really enjoyed computer programming which already helped me with getting two research-based graduate degrees at UCSB within four years,  but I also believed I can make even more contributions in the science field by utilizing my math talent and computer science knowledge together and meanwhile receive good recognition from our society. This belief has motivated us to share our valuable computational source code within our published journal articles, doctoral dissertations and undergraduate honors theses for public access so that other people can benefit from our established computational framework to fulfill their research and instructional goals in a short period of time.

Therefore, after getting my US permanent resident card sponsored by ESRI in February 2002, I started my version of "returning to academia from industry", although this mission seemed highly impossible based on the much lower success rate than the opposite direction "going to industry from academia" as reflected by the ratio between the number of open positions and the size of the candidate pool. Nevertheless, I would like to give it a try as this should be my last chance to pursue an academic career. Thanks for the top-notch academic training from University of Science and Technology of China, Chinese Academy of Sciences and UC Santa Barbara, as well as the valuable industrial experience at ESRI, I eventually got a math tenure track assistant professor position at Portland State University in 2003. I was thrilled when I drove across the interstate 5 border between sunny California and green Oregon and saw the first autumn drizzle onto the foggy forest near Ashland on September 7, 2003. I was heading towards my destiny place Portland, a city embraced by two rivers and covered by huge trees, which are represented by the two words within my Chinese name. I LOVE YOU PORTLAND, OREGON.

In this paper, we construct a robust parallel method based on a recently...
Bin Jiang, et al. ∙