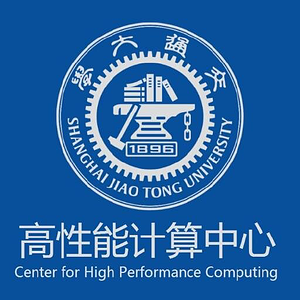 An imperial edict issued in 1896 by Emperor Guangxu, established Nanyang Public School in Shanghai. The normal school, school of foreign studies, middle school and a high school were established. Sheng Xuanhuai, the person responsible for proposing the idea to the emperor, became the first president and is regarded as the founder of the university. During the 1930s, the university gained a reputation of nurturing top engineers. After the foundation of People's Republic, some faculties were transferred to other universities. A significant amount of its faculty were sent in 1956, by the national government, to Xi'an to help build up Xi'an Jiao Tong University in western China. Afterwards, the school was officially renamed Shanghai Jiao Tong University. Since the reform and opening up policy in China, SJTU has taken the lead in management reform of institutions for higher education, regaining its vigor and vitality with an unprecedented momentum of growth. SJTU includes five beautiful campuses, Xuhui, Minhang, Luwan Qibao, and Fahua, taking up an area of about 3,225,833 m2. A number of disciplines have been advancing towards the top echelon internationally, and a batch of burgeoning branches of learning have taken an important position domestically. Today SJTU has 31 schools (departments), 63 undergraduate programs, 250 masters-degree programs, 203 Ph.D. programs, 28 post-doctorate programs, and 11 state key laboratories and national engineering research centers.

Association: Remind Your GAN not to Forget

A Hypothesis for the Aesthetic Appreciation in Neural Networks

This paper proposes a hypothesis for the aesthetic appreciation that aes...
Xu Cheng, et al. ∙

Small and cluttered objects are common in real-world which are challengi...
Xue Yang, et al. ∙

Complex Sequential Understanding through the Awareness of Spatial and Temporal Concepts

Heuristic Search for Rank Aggregation with Application to Label Ranking

Matrix completion has attracted much interest in the past decade in mach...
Fei Wen, et al. ∙

In this paper, we propose a novel matching based tracker by investigatin...
Fanghui Liu, et al. ∙

Different from the traditional supervised learning in which each trainin...
Chen gong, et al. ∙

With the success of vision-language pre-training, we have witnessed the ...
Shizhe Diao, et al. ∙

ViLiVO: Virtual LiDAR-Visual Odometry for an Autonomous Vehicle with a Multi-Camera System

UniGNN: a Unified Framework for Graph and Hypergraph Neural Networks

Perceptual quality assessment of the videos acquired in the wilds is of ...
Bowen Li, et al. ∙

In the era of multimedia and Internet, people are eager to obtain inform...
Jun Jia, et al. ∙

Alleviation for Gradient Exploding in GANs: Fake Can Be Real

We propose a novel model for a topic-aware chatbot by combining the trad...
Yuchen Guo, et al. ∙