What is a Quantile?

Q-quantiles are quantiles that cut a set into "Q" subsets of nearly equal sizes. There are various names for the specialized forms of quantiles. For example, a 2-quantile, or a quantile with 2 partitions, is also called the median, a 3-quantile is called a tercile, or tertile, and so on. It is not uncommon to hear the phrase "the Xth percentile," as percentile is another way of referring to 100-quantiles, or a distribution with 100 partitions.

Despite using quantiles to define a discrete set of data, they can be used to define continuous random variables as well. Because the data is continuous, the quantile uses an integral to define the variable. With a discrete data set, the

) is a probability density function, allowing for calculation of any percentile within a continuous distribution. 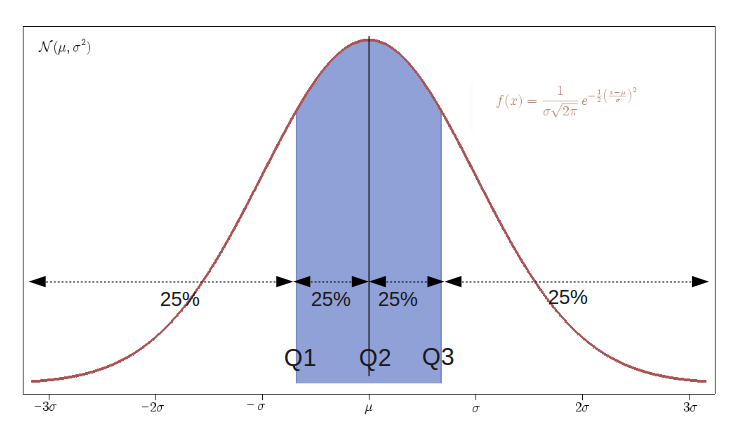