What is a Phase Transition?

Popularized in physical and biological science, phase transition originally referred to the transition between an element's states (gas, liquid, solid), however the term has expanded to describe any abrupt and sudden change in one of the order parameters describing an arbitrary system, when a control parameter approaches a critical value. In short, a phase transition is the point at which an element or object changes, usually as a result of outside or external factors. 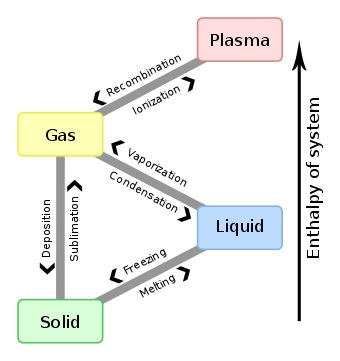 How does a Phase Transition work?

Often using temperature as the catalyst for change, phase transitions measure the external factors surrounding an element as it changes or transitions. For example, the transition of water from a liquid to gas form is as a result of a rising temperature of both the water, and its environment. During its transition from liquid to gas, the water reaches its boiling point, also known as the critical point, and abruptly changes its volume as it expands. The measurement of the change of a specific characteristic of an object is called the order parameter. For example, the measured difference in densities between a liquid and a gas is the order parameter.

Machine learning algorithms have been used in helping scientists