What is Ohm’s Law?

Ohm's Law states that current through a conductor across two points is directly proportional to voltage, given a constant resistance. The law is named after the German physicist Georg Ohm whose experiments inspired its framework. Ohm's Law is represented by the equation I = V/R where I is the current in amperes, V is the voltage measured between the two points of the conductor, and R is the resistance defined in Ohms. The law states that the resistance remains a constant, independent of the current. Ohm's Law is used as a general principle for understanding conductivity of materials over a varying range of electrical currents. Materials can be defined as either ohmic, or non-ohmic, depending on whether they follow the rules of the law. 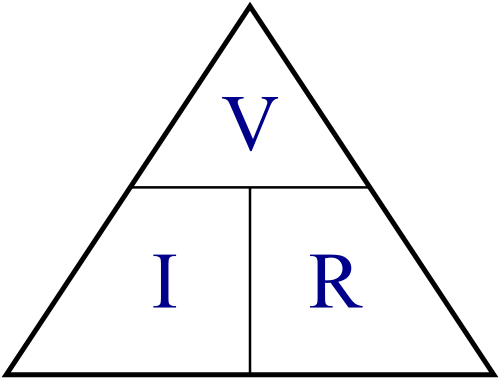 It is common to see these various definitions in the process of circuit analysis. Circuit analysis is the voltages and currents through every component in a network. Each component can be defined as either ohmic, or non-ohmic.

Ohm's Law can be visualized using linear functions. If a component is truly ohmic, its resistance will not increase, regardless of any increase or decrease in voltage. In short, the ratio of V to I is constant, resulting in a straight line across a graph. If a component is non-ohmic, then the plotted line may curve, representing a non-constant ratio between the current and the voltage. The graphs below display the differences between ohmic, and non-ohmic components.