What is a confusion matrix?

In machine learning, a confusion matrix is an nxn matrix such that each row represents the true classification of a given piece of data and each column represents the predicted classification (or vise versa). By looking at a confusion matrix, one can determine the accuracy of the model by looking at the values on the diagonal to determine the number of correct classifications - a good model will have high values along the diagonal and low values off the diagonal. Further, one can tell where the model is struggling by assessing the highest values not on the diagonal.  Together, these analyses are useful to identify cases where the accuracy may be high but the model is consistently misclassifying the same data. 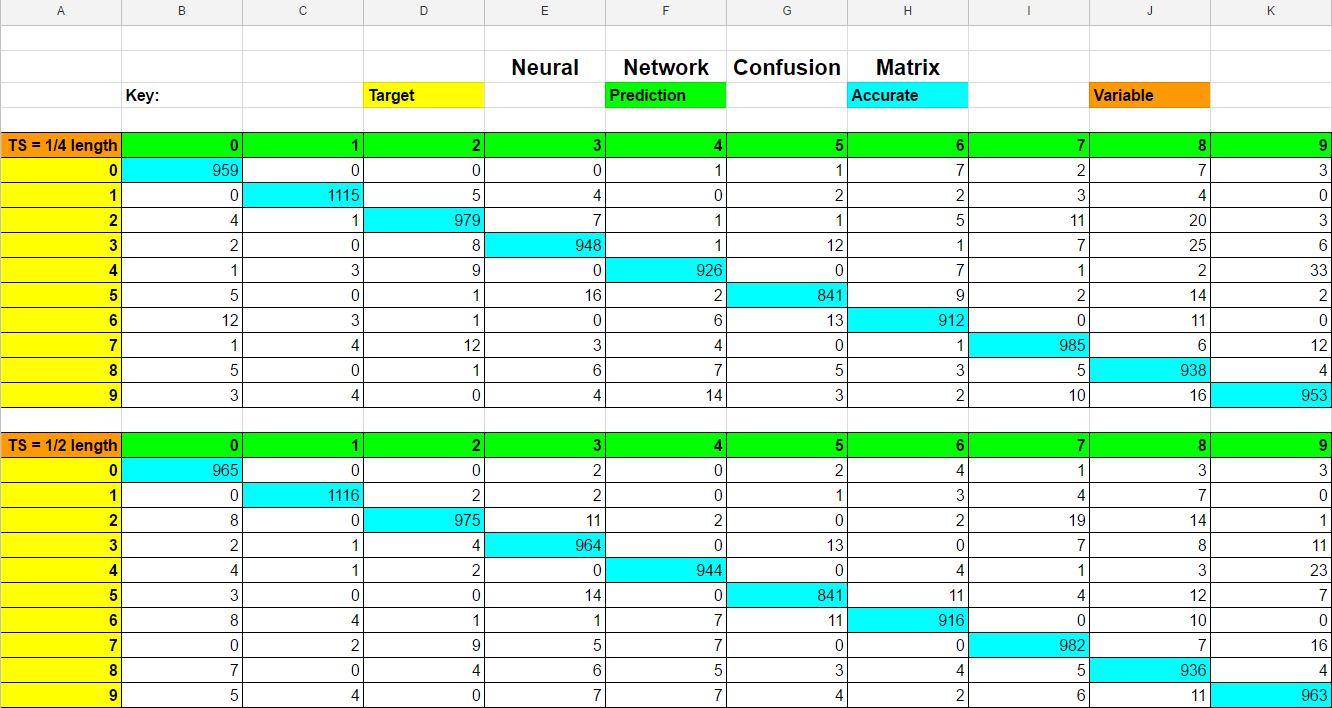 Some things we can conclude given the confusion matrix above:


In practice, we take a look at the parameters in our network alongside the misclassified data and tune the parameters to improve the overall performance of the network.